Jim Snedden has worked for the Scottish Fire & Rescue Service for twenty years. A specialist in swift water rescue, Jim is watch manager at Dunblane fire station and trains other firefighters in his role as swift water rescue instructor.

Over the summer of 2015, Jim, like many people, was shocked by the images of people drowning in the Mediterranean Sea. Over his twenty-year career with the Scottish Fire Service, particularly in his role as a swift water rescuer, he knew better than many people about the dangers at sea.

International humanitarian charity MOAS heard about Jim’s skills and reached out to him. MOAS was coordinating rescue missions in the Mediterranean with international crews and asked if Jim would consider supporting their rescues. He agreed and over the course of that summer took part in numerous rescue missions off the coast of Libya, helping to rescue 2000 people in one day alone.

In 2017 Jim was recognised for his courage and compassion as winner of the Sunday Mail Great Scot Awards. Read about Jim’s involvement in Mediterranean rescue missions. 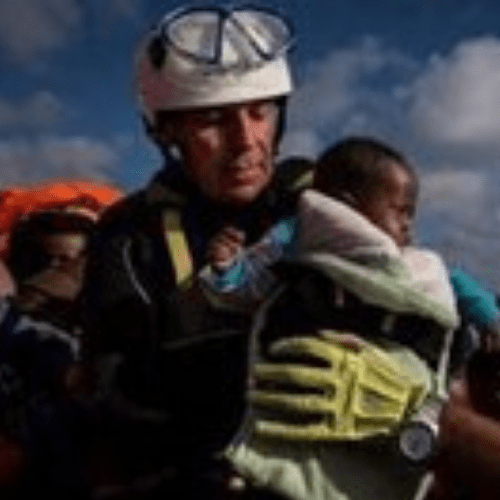