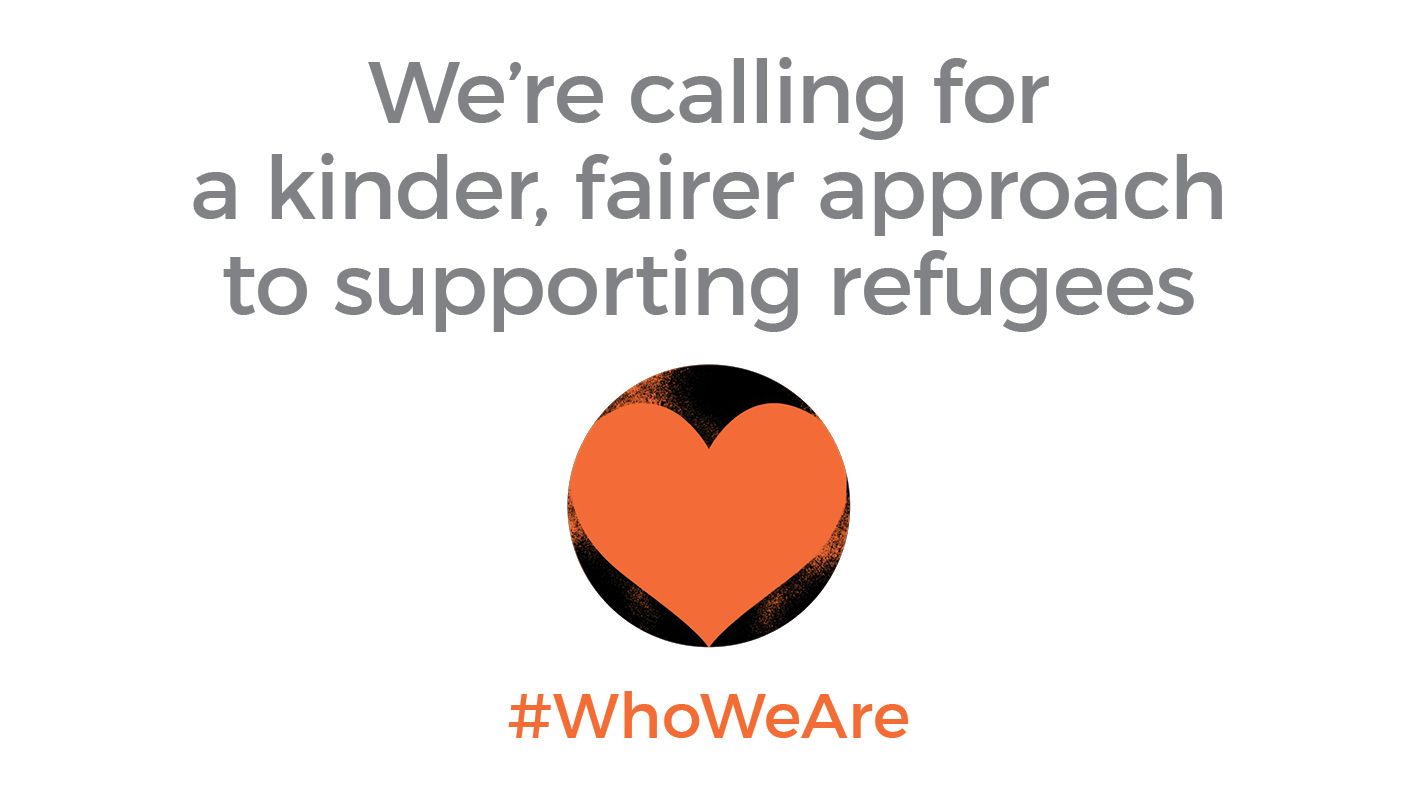 Recent polling by Scottish Refugee Council shows 74% of people in Scotland believe it is important to make refugees feel welcome here and two thirds of people believe Scotland should welcome the same number or more refugees than it currently does (3).

The campaign’s polling also reveals that two in three Britons (64%) agree that the UK should protect refugees fleeing war and persecution (3).

If agreed by the UK Parliament, the new rules (4) would mean that most people who would be accepted as refugees under the current rules – meaning those confirmed to have fled war or persecution following rigorous official checks – would no longer have their rights recognised in the UK due to their method of arrival. This includes half who would be women and children despite the Home Secretary’s statement on the launch of these proposals that: “We should ask ourselves, where are the vulnerable women and children that this system should exist to protect?” (5).

Sabir Zazai, Together With Refugees spokesperson, CEO of coalition member Scottish Refugee Council and a refugee himself (6), said: “Abandoning people fleeing war and persecution, including women and children, is not who we are in the UK.  These are mothers escaping war-torn Syria, women fleeing sexual violence in Congo or children escaping life-long conscription into the military in Eritrea. These are people in fear of their lives. These are people like me. These are also people like you, people who want to live in safety and dignity.

“The majority of people in Britain believe in protecting refugees, and the government themselves have said they want to protect the most vulnerable including women and children. That’s why we are calling for a more effective, fair and humane approach to supporting refugees. We urge the government to rethink its proposals and stand up for people’s ability to seek safety in the UK, including those who overcame hardship to find any route they could to escape danger.”

Together With Refugees is a growing coalition of more than 200 national and local organisations who believe in showing compassion to refugees fleeing war and persecution. It was founded by Asylum Matters, British Red Cross, Freedom from Torture, Refugee Action, Refugee Council and Scottish Refugee Council.

The new analysis of official figures also found that in recent years the top five countries people flee from and are accepted as refugees in the UK are: Iran for fear of torture, violence and persecution including against women and girls, LGBT people and religious minorities; Sudan, due to conflict, particularly in Darfur; Syria where war has torn the country apart for a decade; Eritrea, to escape enforced conscription into the military or civil service indefinitely and sometimes for life; and Afghanistan to flee conflict and threats from the Taliban including because of their links with western forces including the British Army (7).

Almost nine out of 10 (85%) of the world’s refugees are hosted by developing countries and seven out of 10 (73%) live in neighbouring countries to their country of origin (8).  In Europe, many countries receive more applications for asylum than the UK.  In 2020 Germany, France and Spain each received approximately three times the applications of the UK (9).

The coalition is calling for a more effective, fair and humane approach to the UK’s refugee system that: allows people to have a fair and efficient hearing for their claim for protection, including those who endured traumas and struggle to get here; ensures people can live in dignity in communities while they wait to find out if they will be granted protection; enables refugees to rebuild their lives and make valuable contributions to their communities; and where the UK works with other countries to do its part to help people forced to flee their homes.

To find out more visit www.togetherwithrefugees.org.uk

About Together With Refugees

Together With Refugees is a coalition of [number] national and local organisations, refugees and people from all walks of life who believe in showing compassion to refugees fleeing war and persecution. The coalition was founded by Asylum Matters, British Red Cross, Freedom from Torture, Refugee Action, Refugee Council and Scottish Refugee Council.

The coalition is calling for a better approach to supporting refugees that: allows people to seek safety in the UK, no matter how they came here; ensures people can live in dignity while they wait to find out if they will be granted protection; and enables refugees to rebuild their lives and make valuable contributions to their communities. It also wants the UK to work with other countries to do its bit to help people forced to flee their homes.

Find out more at www.togetherwithrefugees.org.uk