Why we’re asking Holyrood candidates to take the #welcomepledge 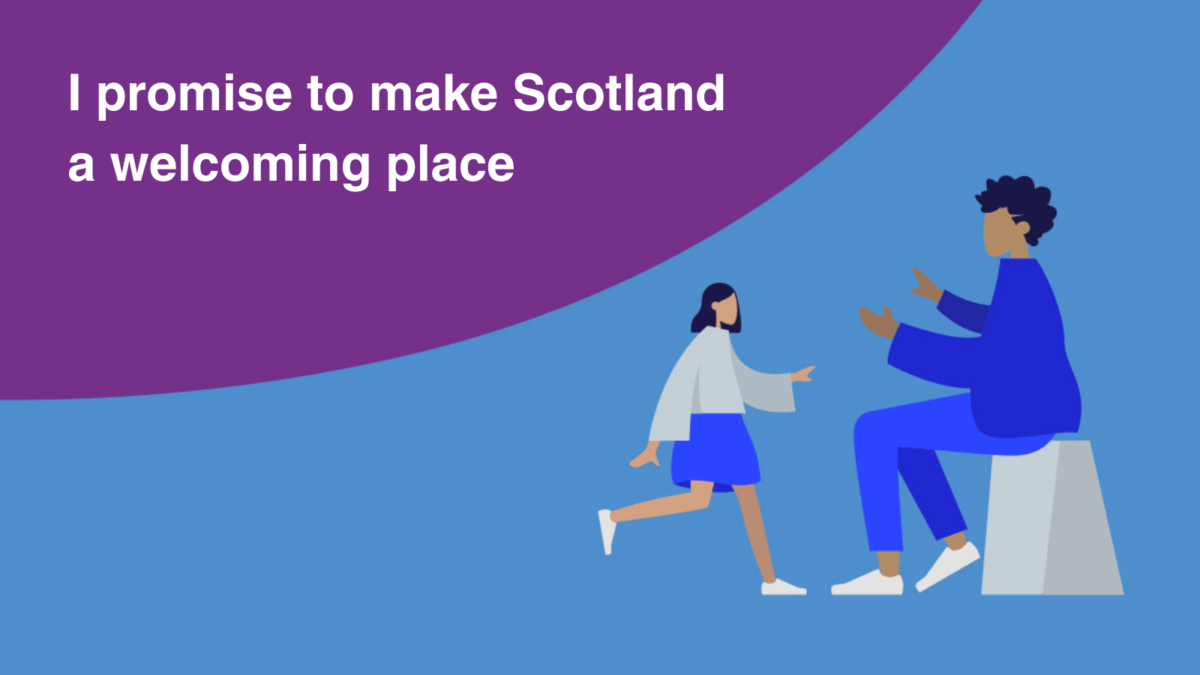 The Scottish Parliament elections on May 6 this year mark a crucial moment for all of us. There is so much work to be done to help everyone in Scotland recover from the impact of the pandemic, to lift children and whole communities out of poverty and to build a fair and welcoming society that works for everyone.

This year’s elections are hugely important for another reason: this will be the first time people with refugee status are able to vote for our representatives in the Scottish Parliament.

To honour this historic moment we are asking is asking all prospective Scottish parliamentary candidates and political party leaders to make the pledge below to use their parliamentary term to make Scotland a welcoming and supportive place for people seeking safety here.

“This year, on May 6, history will be made in Scotland as people with refugee status vote in the Scottish Parliament elections for the first time. I promise to make Scotland a welcoming place and to stand up for the rights, dignity, and protection of all people seeking safety and rebuilding their lives here.”

Scottish Refugee Council Chief Executive Sabir Zazai said: “Standing up for people’s rights and supporting people seeking refugee protection should not be seen as a party political issue. It is simply doing the right thing for all constituents and all voters in this election. We’re asking all candidates, regardless of which party they stand for, to commit to making Scotland a welcoming country and to stand up for the rights, dignity and protection of people seeking safety here.

“2021 also marks the 70th anniversary of the UN Refugee Convention, the international treaty that sets out the right to seek safety in a third country. In this very significant year, we ask all our Scottish politicians and prospective representatives to stand firm in support of the principes and the rights enshrined in the Convention. As we emerge from the pandemic and begin to collectively rebuild, we ask the Scottish Parliament to bring hope, dignity and a firm commitment to people’s rights to their work on behalf of everyone in Scotland over the next five years.”