Born in Somalia, Amal has a BA in Community Development and an MSc in Human Rights and International Politics. She currently works with Mental Health Foundation in the role of Equality and Human Rights Officer (Refugees).

Amal is known as a passionate human rights campaigner. Within the Mental Health Foundation, she takes responsibility for the Amaan project and the development and delivery of new and innovative work with asylum seekers and refugees.
In 2016, Amal was named as one of the Saltire Society’s Outstanding Women of Scotland, alongside such illustrious company as JK Rowling and Annie Lennox.

Amal is well known as one of the Glasgow Girls, a group of seven school girls from Drumchapel High School who campaigned to stand up against dawn raids, detention and deportation of asylum seekers in Glasgow. The Glasgow Girls story has since been turned into two BBC documentaries, a stage musical and a television musical drama.

Amal has visited refugees in Greece and Calais and is frequently engaged as a speaker at different events, raising awareness on refugee issues. 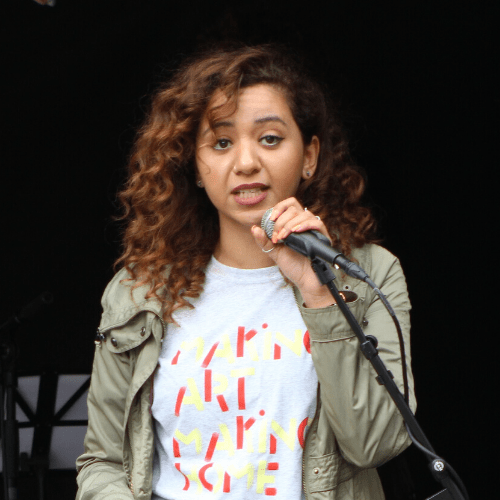