Standing up for refugee rights 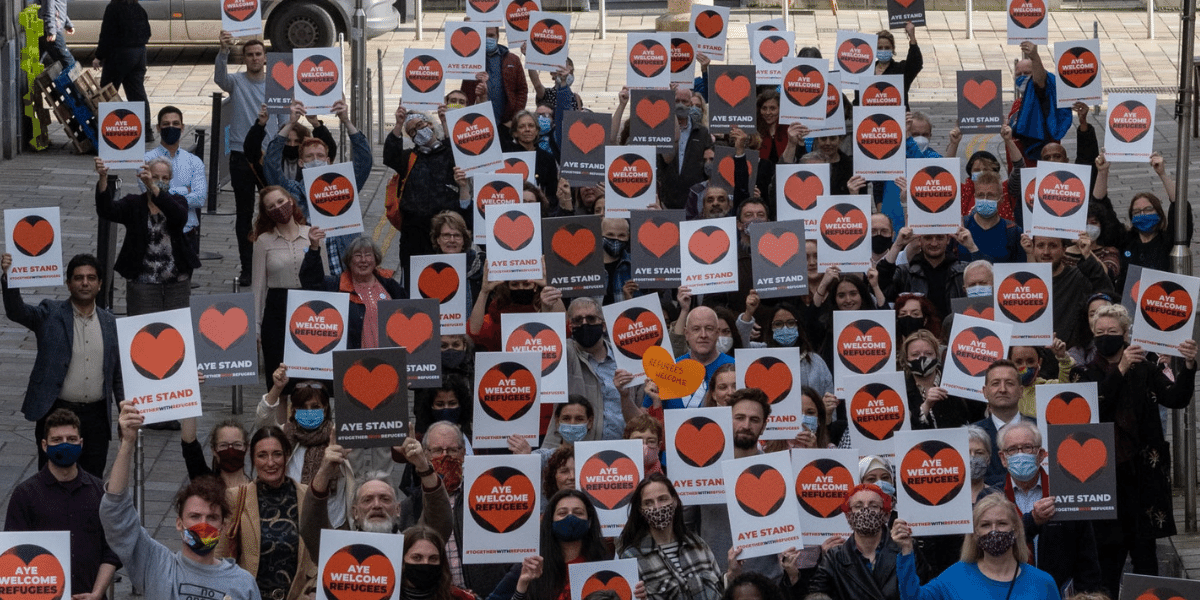 We never stop campaigning for a better, fairer deal for people seeking safety.

In May 2021, New Scots voted in Scottish Parliamentary elections for the first time. To mark this milestone, we asked all candidates standing for election to show solidarity with refugees by taking our Welcome Pledge.

We’re delighted that 56 political candidates – including the leaders of Scotland’s five largest political parties – took the pledge, promising to make Scotland a welcoming and supportive place for people seeking safety.

We also worked with The Electoral Commission and refugee communities to make sure people voting for the first time in Scotland had all the information they needed.

The UK government’s Nationality & Borders Bill is the biggest threat to refugee rights that we have ever faced. Priti Patel claims the bill will “fix” the UK’s broken asylum system but it will only make existing problems even worse.

This Anti-Refugee Bill will make it illegal for anyone arriving by an “irregular route” to claim asylum. Thousands of men, women and children who the UK would accept as refugees today could be turned away each year. And humanitarian organisations like the RNLI could be criminalised for “assisting unlawful immigration” by rescuing people from sinking boats.

We immediately joined forces with 75 charities and faith groups across Scotland to write to the Prime Minister urging him to rethink these proposals. We drafted briefings for MPs and MSPs, outlining our concerns about the bill and our suggestions for fair and effective asylum reform.

And we commissioned an expert legal opinion on the bill and the impact it could have on Scottish legislation and policy. The opinion sets out ten recommendations for how Scotland can protect refugees, asylum seekers and migrants from the Anti-Refugee Bill. In the coming months, we’ll be working closely with groups and organisations across the UK to fight against this cruel and unworkable legislation.

We are founding members of Together With Refugees, a new UK-wide coalition of more than 300 organisations calling for a better, fairer and more humane approach to supporting refugees that:

You can show support for people seeking safety by sharing an orange heart – a symbol of hope inspired by the colours of the refugee nation flag. Show Your Heart on social media with the hashtag #TogetherWithRefugees or design a poster to display in your school, office or living room window.

In October 2021, we commissioned a survey on public attitudes to refugee issues in Scotland. Here are some of our findings…

As part of the Lift The Ban coalition, we presented the Home Office with a petition signed by more than 180,000 people from across the UK, calling for people seeking asylum to be given the right to work.

Find out more about our research, policy and campaigning work

Service Manager, Catriona MacSween, answers our questions about the Scottish Guardianship Service What is the…

Our new information line for Afghans resettled in Scotland

A mother’s story: building a new life in Scotland

The asylum process can be scary, stressful and confusing – especially if you’re a single…