Together With Refugees: Show Your Heart 🧡 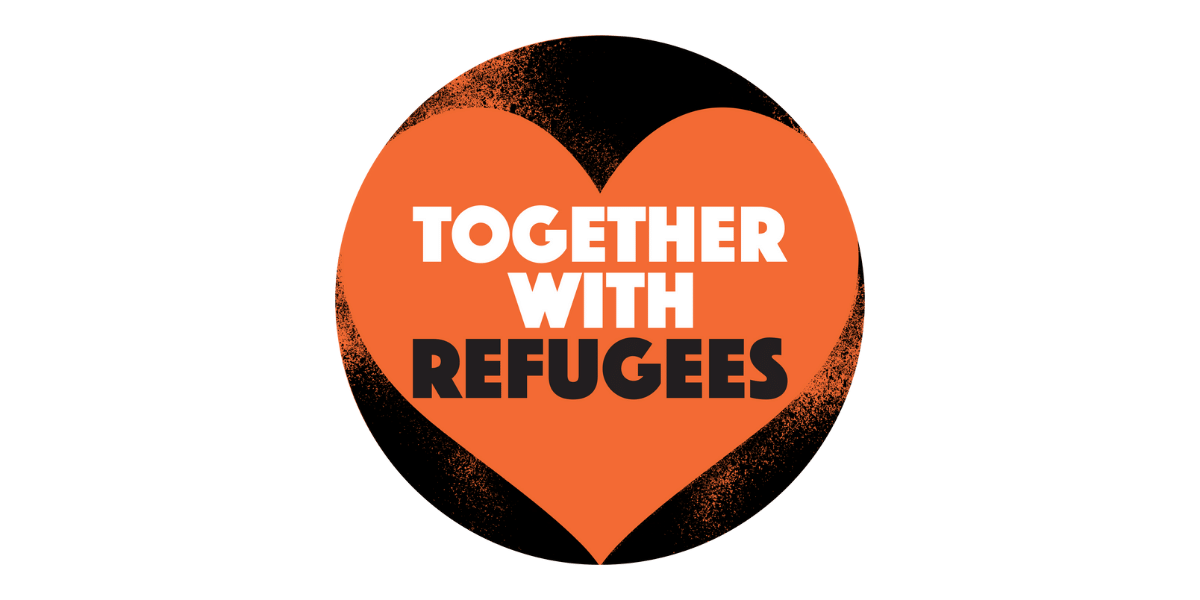 You may have noticed that we’ve been sharing an orange heart on social media recently. Here’s why we’re doing it – and why you should get involved.

Refugees have always been part of the UK. Its who we are.

This summer marked the 70th anniversary of the UN Refugee Convention. The treaty sets out in international law our obligation as a country to shelter people fleeing from conflict and persecution. It was drawn up in the aftermath of the Second World War and the horrors of the Holocaust. By signing the Convention, we made a promise to protect refugees.

But 70 years on, the UK Government’s Nationality and Borders Bill threatens to break that promise. If passed, The Bill will undermine the core principles of the Convention by judging a person’s right to refugee protection, not on their need, but on how they travelled to the UK. Too often, people fleeing war, persecution or violence, are treated with hostility rather than compassion.

We’re part of Together With Refugees, a coalition of more than 300 UK organisations calling for a better approach to supporting refugees, that is more effective, fair and humane.

This means standing up for people’s ability to seek safety in the UK no matter how they came here, and ensuring people can live in dignity while they wait for a decision on their asylum application. It means empowering refugees to rebuild their lives and make valuable contributions to their communities. And it means the UK working with other countries to do our bit to help people who are forced to flee their homes.

Will you Show Your Heart and help us make a stand?

Join us in showing your support for people seeking safety – and your opposition to the Bill – by sharing an orange heart. While MPs consider the Bill in parliament, we need to work together and show them that people across the UK want to see a kinder approach to refugees. The heart is a symbol that we can all stand behind. It uses the colours of the refugee nation flag, which were inspired by a lifebelt, representing hope.

There are loads of ways to Show Your Heart. Here are just a few ideas:

However you choose to take part, please remember to share a photo on social media, tagging us and using the hashtags #WhoWeAre and #TogetherWithRefugees so we can find and share your posts.

Together, we can spread a message of hope and solidarity 🧡

Together With RefugeesUN Refugee Convention

Afghanistan: what we know and how we’re helping