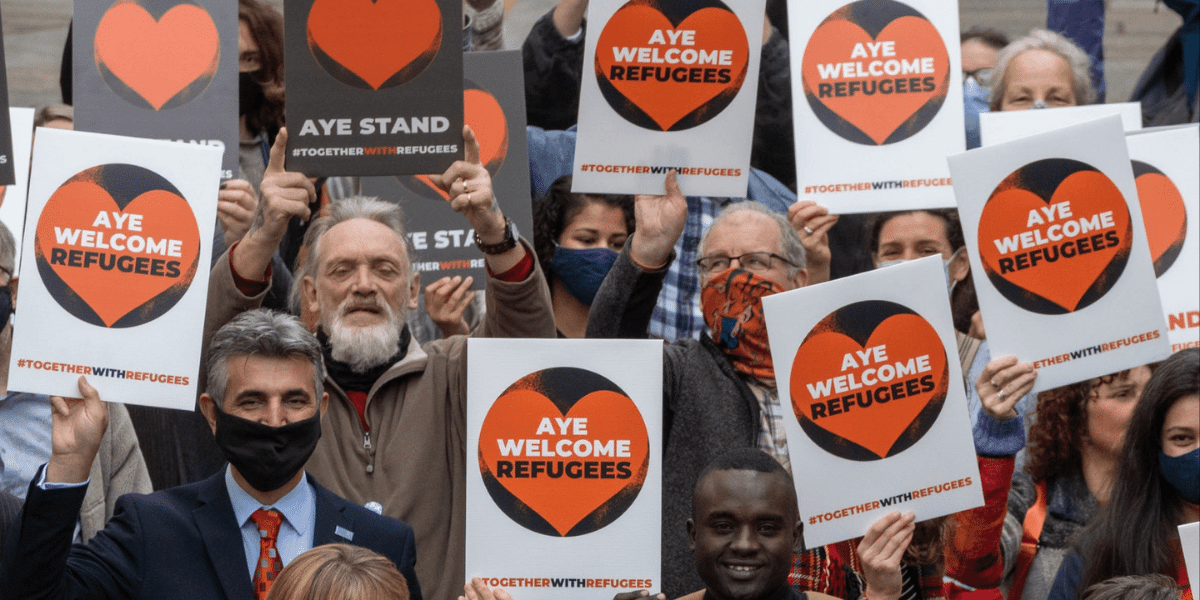 The Scottish Parliament has voted against the UK Government’s Nationality & Borders Bill, the anti-refugee bill.

Today, 22 February 2022, a majority of MSPs voted to reject the bill. They also agreed that parts of the bill affect laws that the Scottish Parliament has control over. These include the way children are treated in the asylum system and how survivors of human trafficking are identified and supported.

What does this mean?

The care and rights of children and trafficking survivors sit within Scottish law. The Borders Bill, proposed by the UK Government, seeks to make changes to these Scottish laws. The Scottish parliament has recognised how harmful the Borders Bill could be and today gave a formal declaration that they did not agree for these changes to happen.

The UK Parliament can decide whether to change the Bill in line with the Scottish Parliament’s concerns, or they can pass it as it is.

That’s why it’s so important for the Scottish Government and Parliament to use its powers as much as possible to protect people from the worst impacts of this cruel bill.

What can Scotland do?

Why is the Borders Bill known as the anti-refugee bill?

This Bill is the biggest threat to refugee rights we’ve seen for decades. The Borders Bill seeks to

We knew that this legislation was not written in Scotland’s name, or with Scotland’s consent.

As we heard on Kenmure Street – refugees are welcome here.

What are we doing?

What can you do?