Scotland and the Borders Bill: a call from the children’s rights sector 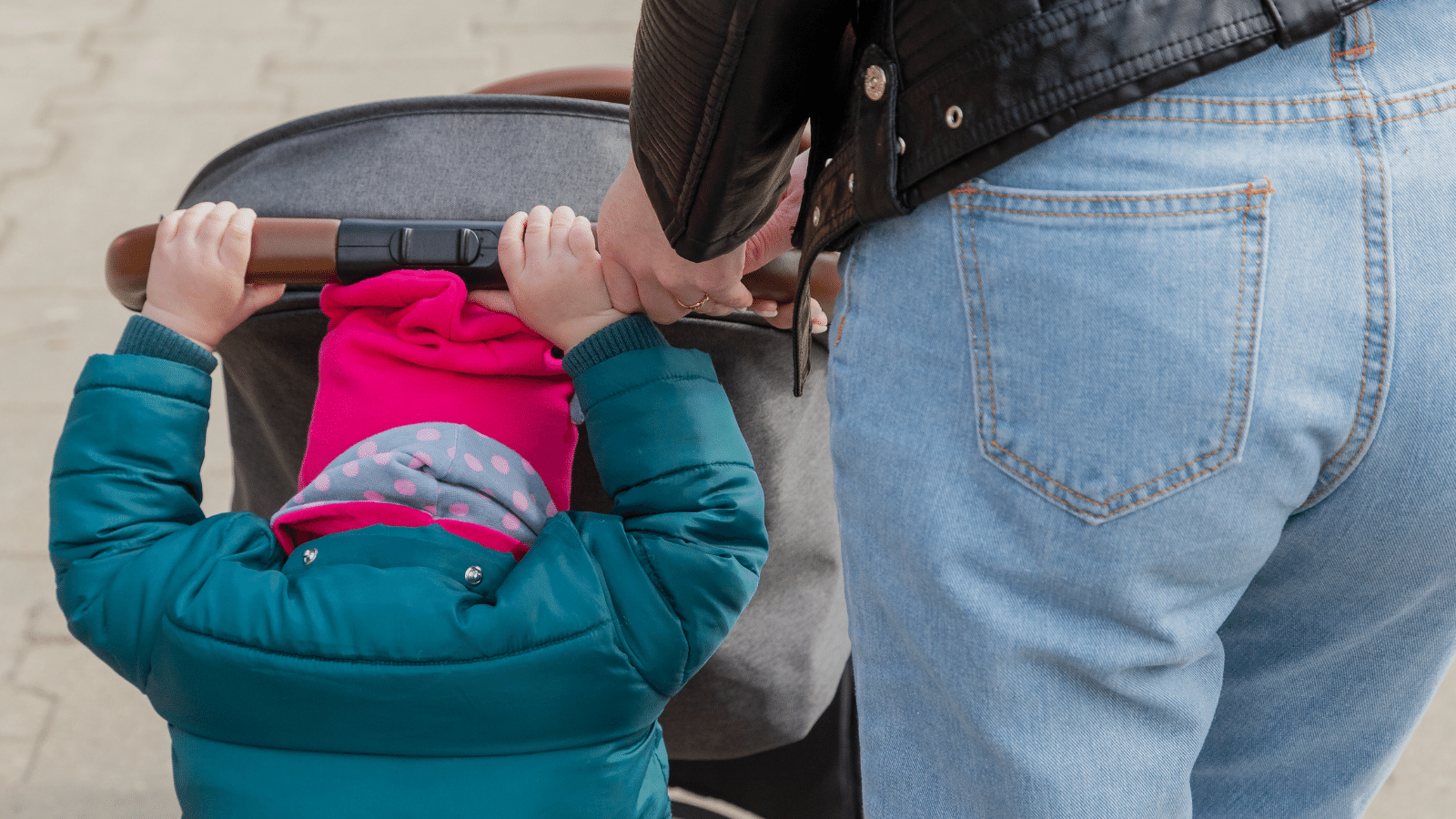 We write as a group of organisations fully committed to ensuring that the rights of every child in Scotland are respected and protected.  Article 22 of the UN Convention on the Rights of the Child (UNCRC) is clear that asylum-seeking and refugee children have the same rights as those children born in Scotland, as well as the right to special protection and help.

We know that the Scottish Parliament shares our commitment to children’s human rights with the UNCRC (Incorporation) (Scotland) Bill being passed unanimously by the Parliament in March 2021 with cross party support.  Whilst amendments are still required, the Supreme Court judgment was clear that “No one disputes the right of the Scottish Parliament to regard the UNCRC as an important convention and give effect to it, provided that it does so within the limits of its legislative competence”.

On this basis, we strongly urge MSPs to withhold consent for the Nationality and Borders Bill, as the Welsh Senedd has done already.  The Bill represents the most severe assault on refugee rights in decades. Children have not been spared in this assault.  The Bill treats children just as harshly as it does adults, including children who arrive as part of a family, children arriving alone and children who have been trafficked and exploited in Scotland.   In doing so, it goes against the spirit of the UNCRC, is likely to breach a range of children’s rights and encroaches very significantly into devolved areas of law and policy to the detriment of Scotland’s ability to protect children and uphold their rights.

The Bill has been referred to as anti-refugee, anti-survivor and anti-safety, it is also anti-child.  There are no special dispensations for children on the face of this Bill. The Bill would criminalise children for arriving in the UK without first obtaining a visa, even though getting a visa is usually impracticable or impossible. Criminalisation also encompasses where a child is under the control of a trafficker and they haven’t been identified as a victim. While Scotland grapples with child poverty and food insecurity, this Bill will see children and their families rendered destitute.  Indeed, when debating the human trafficking provisions in the commons, the minister stated that the UK government did not want to create a “two-tier system based on the age at which exploitation may have taken place”.

Age assessment is a complex and esoteric area, with no assessment method offering certainty about a person’s age. Age assessments are sometimes necessary because children arriving from other countries may not know their exact age; have lost their documents on their journey; or have been forced to use false documents by smugglers or traffickers.  Age assessments are a function of our child protection systems, their purpose is to decide who has access to child protection and children’s rights frameworks and who does not.  Policy in this area should be led by expertise in child development and child protection. The position of the UN committee is that age assessment should be led by “specialist paediatricians” or other professionals who are skilled in combining different aspects of development’. International best practice states that “the only effective age estimation assessment process is conducted using a multi-disciplinary approach that ensures that all the necessary safeguards and principles are explored and in place and the human rights of each young person are protected”.

The Refugee and Migrant Children’s Consortium, comprised of over 60 specialist organisations. Members have unanimously and strenuously warned the UK government that the safeguarding risks of wrongly placing children in adult systems, without age-appropriate safeguarding far outweighs the risk of a small number of young adults being placed in children’s contexts with supervision.

The UK Government has used misleading statistics in this area. The Home Secretary has stated that in two third of age dispute cases are adults claiming to be children. However, many of these assessments will have been conducted under Kent Intake Unit Guidance that has since been ruled unlawful. There are no public statistics on the final outcome of young people disputing age assessments in court or where a further assessment is carried out.  In the 3 months from July to September 2021, colleagues at the Refugee Council supported 150 children, wrongly assessed as adults, to access social work. Recent media reports highlight that hundreds of children wrongly assessed as adults, including child survivors of rape, have felt desperately scared in adult ex-hotels, in some cases having to share beds with strange adults. We are concerned that there may be children is similar circumstances, in ex-hotels in Aberdeen, Falkirk, Perth and East Kilbride, as a result of Home Office dispersal by the back door.

Crucially, in increasing the risk of children wrongly being treated as adults, this Bill will impede Scotland’s ability to appropriately prosecute perpetrators of crimes against children, where crimes are aggravated because the victim is a child.  This includes human trafficking where the definition of what constitutes trafficking depends upon whether the victim is an adult or a child.

Age assessment is devolved.  Section 12 of the Human Trafficking and Exploitation (Scotland) Act (2015) embodies international law on the presumption of age necessitating the creation of Scottish age assessment guidance .  Of the 9 age assessment clauses in the Nationality and Borders Bill, only one relates to a reserved (immigration) purpose. However, the Bill gives the Secretary of State wide powers to define how age assessments can be conducted and by whom, including inaccurate and invasive ‘scientific’ methods, which violate UNCRC as well as articles 3 & 8 European Convention on Human Rights (ECHR). Combined, the provisions represent a Home Office take over of a function that has, until now, been a multi-agency process led by social workers, albeit this role has sat uncomfortably with social workers.  The control the Home Office is amassing will diminish the role of social work ethics in the age assessment process – a process where imprecision and the gravity of the consequences make ethical practice paramount.

At the moment when Scottish Local Authorities undertake age assessment they simply inform the Home Office of the outcome of that assessment. The Nationality and Borders Bill removes the young person data protection rights within age assessments.  We strongly support COSLAs submission to the Social Justice and Social Security Committee that it is inappropriate for child protection professionals to be compelled to share the full details of the assessment with immigration officials.  The Angolini Review  and the investigation of a super-complaint, carried out by 3 regulatory bodies, highlight the public protection dangers of sharing information with immigration authorities. The UN position is that “States parties should implement a “firewall” and prohibit the sharing and use for immigration enforcement of the personal data collected for other purposes, such as protection, remedy, civil registration and access to services”

Child Trafficking is a serious form of child abuse that inflicts severe harm on the child, often with serious long-term effects on their health.  The identification, support and protection of victims of human trafficking falls within the competence of the Scottish Parliament, Scotland has already legislated in this area in the Human Trafficking and Exploitation (Scotland) Bill (2015). The expert legal opinion of Christine O’Neil QC, confirms that only decisions in relation to immigration status fall within reserved competence. The substance of the provisions relating to human trafficking in the Bill are regressive, and entirely at odds with the Scottish Governments vision of a trauma-informed Scotland.

The Nationality and Borders Bill institutes a discriminatory two-tier system with harsher treatment for foreign victims of trafficking, including children.  Contrary to basic child protection principles and the positive duties contained in The Council of Europe Convention Against Trafficking and article 4 of the ECHR, it makes victims including, child victims, responsible for their own identification (and therefore protection). In direct contradiction to guidance from the UN Committee, it imposes strict timetables on disclosing extremely traumatic information, and carries penalties for not disclosing within arbitrary timescales. This will place children and those supporting them, including, social workers, guardians and lawyers under extreme pressure, and impede access to justice.

Clause 62 excludes potential victims from protection if they are perceived to have claimed to be a victim of trafficking in ‘bad faith’ or to be a threat to public order.  ‘Bad faith’ is not defined in the Bill. The public order clauses are misleading, disqualifying from protection people – including children –  who are not a current threat to the public and even people forced to commit crimes by their traffickers. Children are sometimes forced to commit crimes, as a way of traffickers minimising their risk of getting caught, under international law they should not be punished for crimes they were forced to commit. This Bill would deny them crucial protections. The UK Independent Anti-Slavery Commissioner has expressed grave concerns about clause 62, including the inevitability that it will depress already low rates of prosecutions of traffickers. It is likely that this provision, violates the UK’s positive obligations in the European Convention on Human Rights, (articles 4 & 6). The European Court of Human Rights ruled in V.C.L. & A.N. v’s the UK that the non-punishment principle is integral to protection from trafficking itself.

Reducing protections for trafficked children, will hamper Scotland’s disruption of organised crime. Human exploitation, is orchestrated in tandem with multiple other criminal activities. This Bill, including the criminalisation of arrival in the UK (applied to child victims of trafficking also), make it harder for survivors to access protection, leading to more exploitation and organised crime, and less community safety. The Nationality and Borders Bill is a gift to traffickers and organised crime groups.

We call on all MSPs to unite, as they did on 16th of March 2021, and make good on the parliaments promise to children, withholding consent for the Nationality and Borders Bill on the basis that it is not compliant with UNCRC.

Together (Scottish Alliance for Children’s Rights)