Renfrewshire kids meet their lockdown penpals for the first time! 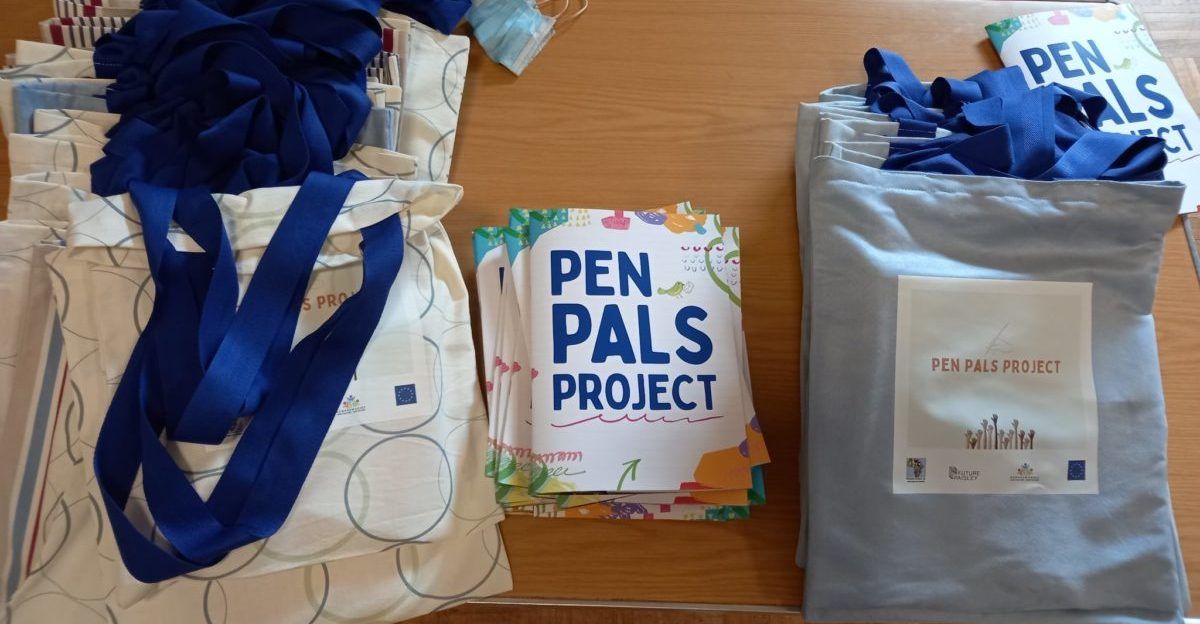 Kids in Renfrewshire who took part in the Pen Pals Project have met their pen pals for the first time.

On a sunny and hot Saturday 26th March, children aged 6-11 came together at Mossvale Community Church to meet their new friends made through the Pen Pals Project.

The project was led by Renfrewshire’s Ethnic Communities Cultural Steering Group – made up of OneRen, Pachedu, School of African Cultures, Jambo Radio, Inspiring Families and the University of the West of Scotland. “Fox Girl and the White Gazelle” author Victoria Williamson held creative writing workshops which helped the kids write their letters.

Sewing2gether All Nations showed half the youngsters how to use sewing machines in a fun and engaging workshop where they each made pencil cases, while artist Razieh Sarafraz looked after the other half of the group who were colouring in and drawing, before switching so that all the kids got to do both activities. The room was buzzing with noise and laughter as the kids excitedly showed off their creations to their parents and guardians, all dressed up in their best outfits.

After the workshop, representatives from the Scottish Government presented the kids with a copy of the Pen Pals Project Book, which collected together the letters sent during lockdown, along with photos and drawings, telling the story of the project. Artist Razieh contributed beautiful illustrations throughout.

Regine Bews, founder and project co-ordinator at the School of African Cultures, said: “The children were quite excited and looking forward to meeting their pen pals.

“We encouraged the children to use pen and paper instead of an email or text when they were writing, as it’s a bit more special to get a letter through the post. There’s more of a personal connection when you actually sit down with a piece of paper and write a letter.”

The project was made supported by Future Paisley and made possible by the New Scots Refugee Integration Delivery Project, which is led by the Scottish Government in partnership with COSLA, Scottish Refugee Council and the UNESCO Chair at the University of Glasgow.

Find out more about the work of Sewing2gether All Nations in lockdown, and meet Razieh who shared her story as part of Refugee Festival Scotland 2021!