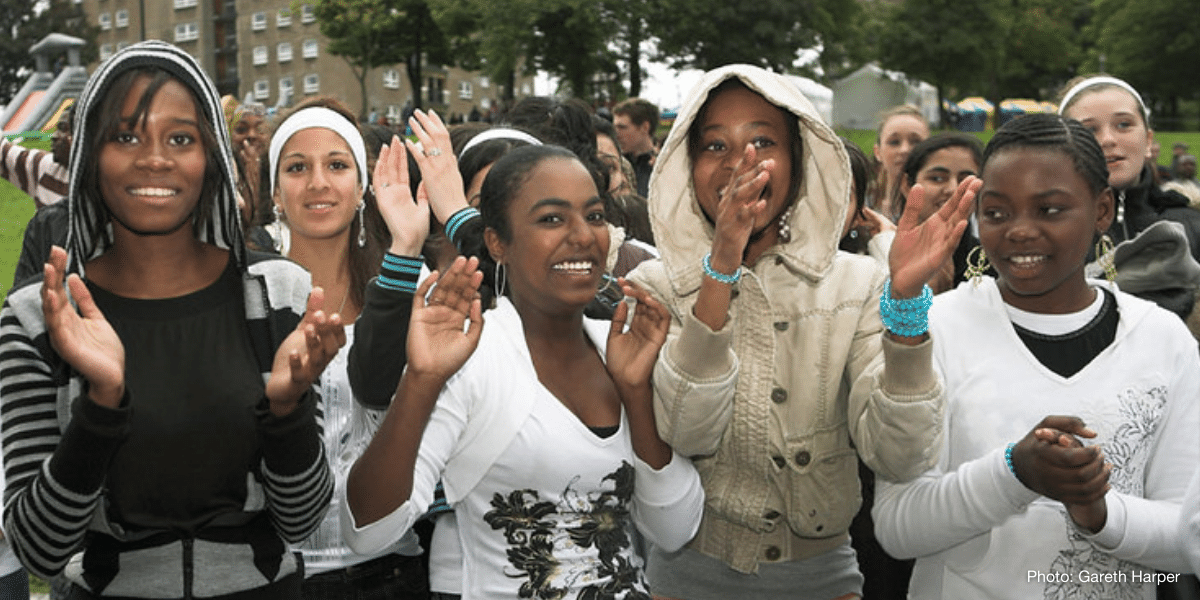 To mark the 70th anniversary of the UN Refugee Convention, Katherine Mackinnon from the University of Glasgow looks back on the history of refugees, people seeking asylum, and others who have sought safety in Scotland.

Too often the movement of people who have come to this country as refugees or asylum seekers is presented as exceptional, unprecedented, threatening and new. But the history of immigrants, refugees, asylum seekers and migrants is the history of Scotland, whether people stayed for a week or stayed forever. There is a parallel history of emigration running alongside this, and most of us will have experience of one, or both, within our own lives or those of our families.

And refugee history is not something that only belongs to the past. Every day in Scotland people arrive, leave, get their refugee status, receive refusals from the Home Office, get citizenship or decide that this is their home for good.

A long history of migration

Refugees, and immigration to Scotland, are not a new thing. People have always moved around – for work, for love, in search of a safer or better life. But in many cases those people who have come here, have not been included in representations of the country’s past.

Images of past Scotland can present an inaccurate image of the country as exclusively white, but there have been people born far from here, who came to live in Scotland, and the UK, much farther back than most of us imagine.

From the Berber Roman governor who supervised the building of the Antonine Wall, to Lithuanians who mined Lanarkshire coal, to the Belgian WW1 refugees who worked as clippies on Glasgow trams, refugees and migrants have been part of the fabric of Scottish society since before Scotland even existed.

Since 1951 the Refugee Convention has given people the right to seek asylum in Britain, and many of those people have ended up in Scotland.

Not all of the refugees who came here needed to use their Convention rights to claim asylum. Many of the East Asians in Uganda were Commonwealth citizens, so when Idi Amin expelled them from the country in 1972, close to 30,000 people fled at very short notice to the UK.

Like the Polish refugees of the postwar period before them, Ugandan Asians were initially housed in camps, before being resettled around the country. A 1973 BBC documentary, Welcome to Britain, documents the experiences of the Panchal family and their life in Loanhead.

This film is unusual on several counts. Firstly for showing the experience of Ugandan Asians in Scotland, since a very small proportion of people came to this country with most settling in big cities in England like London or Leicester.

And secondly for being narrated by one of the refugees themselves, the eldest son Harish. So often the voices of refugees are not present at all in this kind of material, or are limited to short soundbites. In this film however, Harish is able to discuss his experiences of going to school in Scotland, his father’s struggles to get a job, and attitudes to religion in this country in the 1970s.

Around about this same time, following the military coup in 1973 in Chile which installed the dictatorship of General Pinochet, large numbers of Chilean left-wing activists were forced to leave the country.  Over 200,000 people fled Chile for destinations all over the world. Scotland was one of the main UK areas Chilean refugees settled in, besides London.

Many Chilean exiles were extremely active in the trade union movement, making an impact on Scottish society through campaigns for Chilean solidarity. In 1977 activists pushed for a boycott of the Scotland-Chile friendly which was to be played in Santiago’s Estadio Nacional, the site of atrocities of the dictatorship. The campaign, which used the slogan “Don’t play ball with fascists”, was ultimately unsuccessful, leading to the game being dubbed ‘the match of shame.’

The extent to which the political situation in Chile was understood by the Scottish public can perhaps be best seen in the actions of workers at the Rolls Royce factory in East Kilbride, who refused to work on Chilean Aire Force engines in the 70s. This act of international solidarity was documented in the 2018 film Nae Pasaran, an inspirational look at the men who took the decision to down tools, and the impact and legacy of their actions.

Throughout the 1980s and 1990s Scotland saw relatively small numbers of people arriving from many different countries to seek asylum. Notable resettlement programmes brought people from Vietnam, Bosnia and Kosovo, before the decision for Glasgow to become an asylum dispersal city in 1999 led to more significant numbers of refugees and asylum seekers arriving in Scotland.

The city’s decision to become an asylum dispersal location has to be understood in the context of deindustrialisation which left the city with the vacant social housing stock required to house thousands of asylum seekers. The housing was usually located in communities with high levels of unemployment and deprivation.

The Red Road Flats became an icon of asylum seeker housing in Glasgow – life in these blocks for both asylum seekers and the settled population was documented by the community and filmmaker Basharat Khan in A View From Here, a multidisciplinary arts and heritage project in 2014, prior to the demolition of many of these flats.

Tensions were often high in the first years of asylum dispersal as newcomers were perceived to be receiving preferential treatment or getting access to housing and resources unavailable to the settled population.

Glasgow’s Integration Networks were set up around this time to build connections between new arrivals and longstanding residents, and many of the people who arrived as asylum seekers in the 2000s have stayed in Scotland and made a life for themselves here.

Thanks to the work of refugee support organisations, this era of Scotland’s refugee history is better documented than previous years, with a rich community archive of films, creative writing and arts projects giving insight into the experiences of these first years in Scotland.

A treasure trove of this work is available online, from films made by Maryhill Integration Network documenting campaigns, events and arts projects, to Scottish Refugee Council’s work on arts and culture.

We are also fortunate to be able to hear refugees and asylum seekers in Scotland speaking about their experiences and lives in their own words, through oral history projects like Settled in Glasgow Oral History Archive and the British Library’s Listening Project.

Since 2015, the Syrian Vulnerable Persons Resettlement Scheme has been a further milestone in Scotland’s refugee history. More than 3,200 Syrians have come to Scotland as part of this programme and the scheme has seen people resettled in all but one local authority area around the country. The experience is for many people radically different to that of people living in high density city housing, for instance families who were sent to small rural or island communities. During lockdown, Syrians across the Highlands worked with Document Scotland to create a record of scenes from daily life as part of the Highlighting the Highlands project.

Belal, one of the photographers, describes one of his images and the scene it portrays:  “Through these photos we capture and preserve memories of our lives here in Scotland. The one where I am sitting in the garden with my shisha was taken after a very productive day where I managed to cut the grass, plant herbs, and finish off building the garden shed.”

The stories, lives and communities featured in this article are just a tiny fraction of Scotland’s migration history. The histories of refugees, asylum seekers, immigrants of all kinds, are a rich thread running through the history of Scotland and it is important that these histories are documented, celebrated, and learnt from, in all their complexities.

I think about my own family, people who came here years ago from Ireland, or England, whose experiences are a mystery to me. I wish they had left a record of what it was like to arrive here for the first time.

Maybe reading this has made you think about your own histories of migration, community and everyday life, and how you might document these experiences. You could record your own memories, or those of family or community members. You could write down your experiences or look for a local history or heritage group to get involved with. Historians of the future will thank you.

If you are a New Scot who would like to record an oral history interview about your experiences of life in Scotland, please get in touch with Katherine at: k.mackinnon.1@research.gla.ac.uk.

Katherine Mackinnon worked in the refugee support sector for several years before starting her PhD on oral histories of refugee lives in Scotland from the 1970s to the present, at the University of Glasgow . Alongside her PhD research she is a writer and a creative workshop facilitator, who works with groups to read and write poetry, and explore creative ways of documenting everyday life.

Photographs are by Gareth Harper © Photoecosse.net

Kheder, 46, lives in a hotel room in Falkirk while awaiting a decision on his…