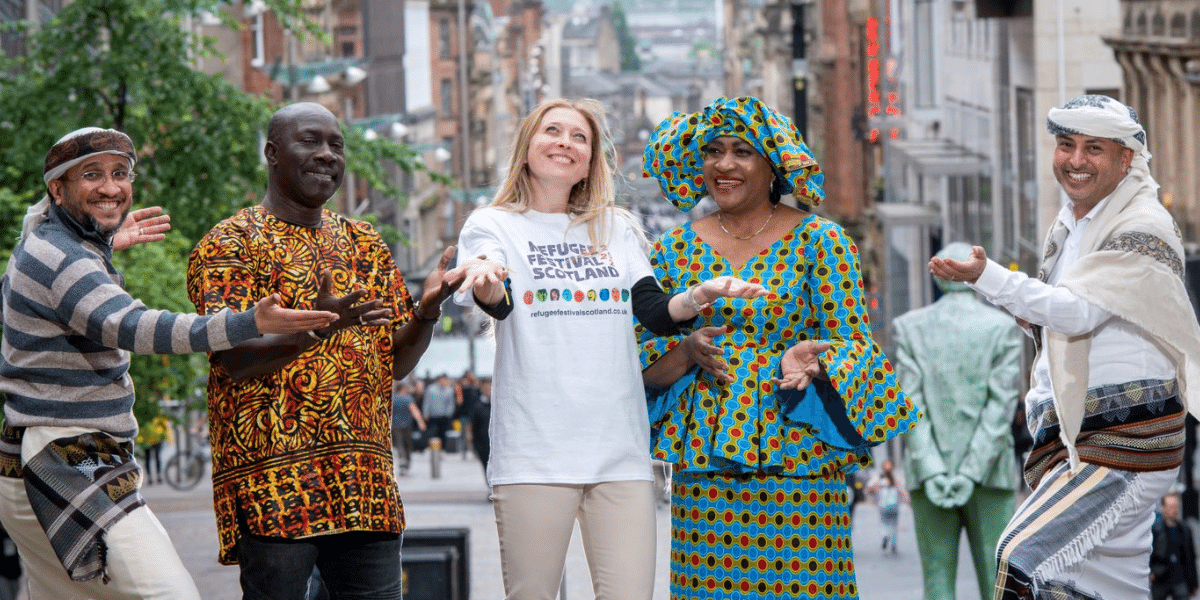 A Ukrainian opera singer is among the performers launching Refugee Festival Scotland – our annual celebration of refugee arts and culture.

In a year that’s seen a record 100 million people forced from their homes by conflict, the festival brings people from different backgrounds together and highlights the many ways refugees contribute to life in Scotland.

More than 100 events will take place across Scotland from 17-26 June as part of Refugee Festival Scotland. The diverse programme includes contributions from artists and performers who came to Scotland seeking refugee protection and the communities that have welcomed them. 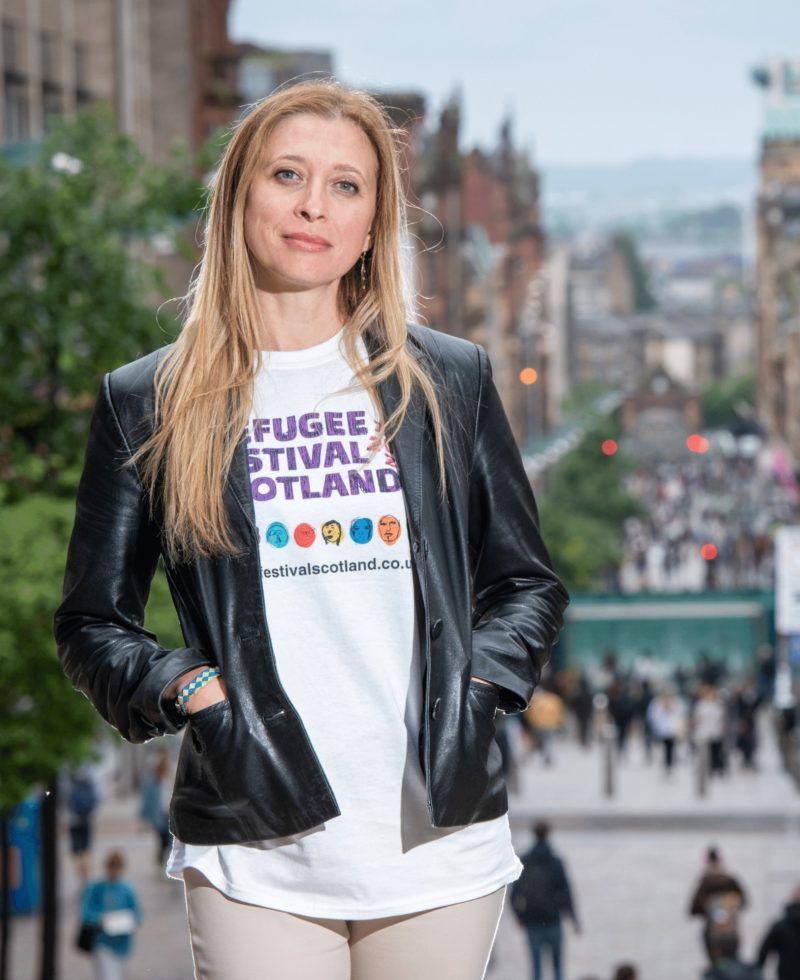 Oksana Mavrodii, a soprano singer and Deputy Conductor of the Glasgow Male Philharmonic Choir, has organised fundraising concerts to support people affected by the war in her native Ukraine. She is working with Scottish Refugee Council and communities in Scotland to help welcome refugees fleeing the conflict.

She said: “When I heard about Refugee Festival Scotland, I wanted to get involved. During the hard times, it’s important to stand up and use your voice. Being a musician, music is the best way for me to do that and the festival is a really great platform.

“Being a refugee or asylum seeker can be perceived negatively but we should not treat refugees as a burden. Just because someone is a refugee, it doesn’t mean that they don’t have skills to bring. People are often highly skilled and highly educated and they could make a really valuable contribution to society.”

“I’ve worked with a lot of children who have come to Scotland as refugees from Syria and other places. Now many Ukrainians have become part of the refugee community. My mum is here with me but my dad and all the rest of my family are still in Ukraine.

“It’s surreal. I don’t think anyone expects to find themselves in that situation. The response from people in Scotland has been amazing though. You don’t need to ask twice. It’s been positively overwhelming.”

Oksana will be performing at a special Refugee Festival Scotland event alongside concert pianist Iryna Melnychenko, who recently arrived in Glasgow from the Ukrainian capital Kyiv. The pair will be joined by T2 actor, Thierry Mabonga. 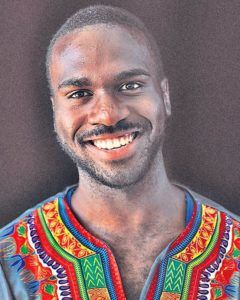 Thierry said: “I’m really happy that Refugee Festival Scotland exists. It’s very important that there’s a space for people to share stories that might not otherwise get told. I really believe in the power of storytelling. There’s more to a human being than trauma. We need to see the joys as well as the grief and the conflicts and the challenges of someone’s situation. I think that’s what keeps us alive. We long for stories that make us laugh and smile as well as make us cry.”

Thierry came to Scotland when he was just eight years old after fleeing the war-torn Democratic Republic of Congo with his family.

He added: “I arrived not speaking a word of English, so I can understand the struggles of having to move country and start again. You’re not in control of where you come from but you are in control of how you respond to that. Being part of two cultures can be complex but it’s made me into the person I am today.”

Refugee Festival Scotland has something for everyone, from music and dance, history trails and nature walks to art exhibitions, cookery demonstrations, football tournaments and family-friendly picnics. The line-up brings people from different backgrounds and cultures together to meet, mix and get to know each other better.

Scottish Refugee Council Chief Executive, Sabir Zazai said: “Refugee Festival Scotland is an opportunity to celebrate the positive difference that refugees make to our communities. Now, more than ever, it’s important for us to celebrate diversity and share the stories of people who have made Scotland their home.

“This has been a year of terrible stories. War in Ukraine, unrest in Afghanistan, families stranded and separated by bureaucracy, Rwandan detention centres and people left with no option but to risk their lives on dangerous journeys in a desperate bid to reach a place of safety. But there are other, happier stories, and these are the ones that Refugee Festival Scotland aims to tell. Stories of friendship, resilience, hope and new beginnings. So please join us for this exciting programme of events, make new friends, have fun, and show the world that Scotland welcomes refugees.”

The festival showcases the food and drink, music and dance, language and art that people bring with them when they settle in Scotland.

Take a look at this year’s programme to find out what’s happening near you.

In the newsRefugee Festival Scotland