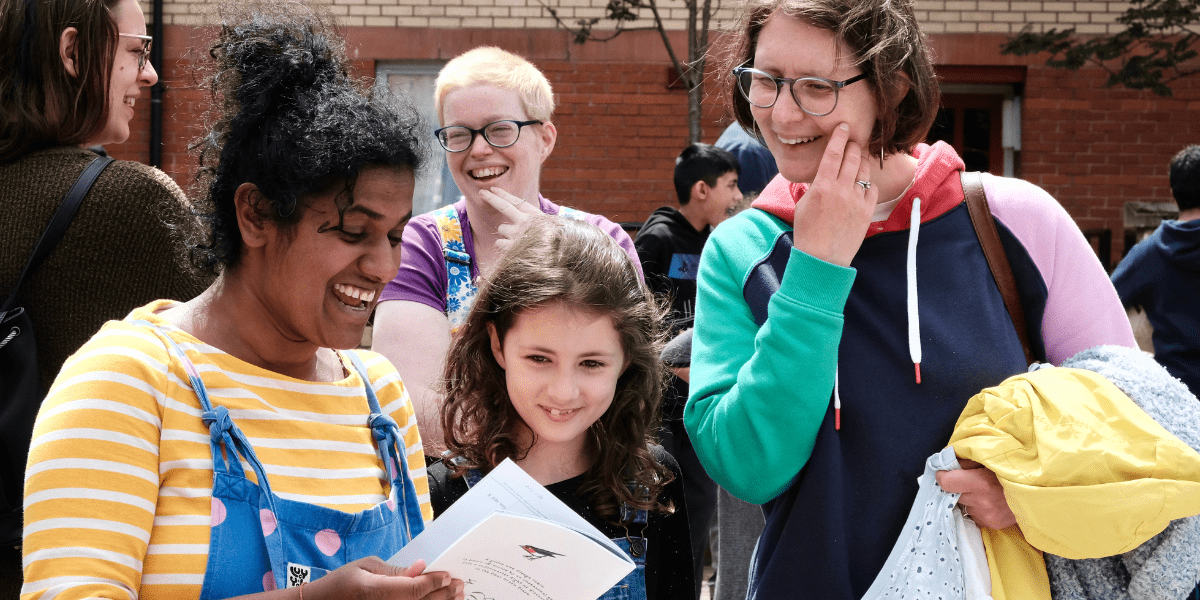 The Refugee Festival Scotland we all know and love was back in full swing this year! And people were ready for a celebration!

Festival Officer Eleanor Harris gives us a round-up of this year’s festival:

In the 22 years since our very first Festival, I can’t think of a time when the vibrancy, music, food and enjoyment of coming together was needed as much as it was this year.

It’s been a year that’s seen a record 100 million people forced from their homes by conflict.

A year when we learned of the harrowing rise in the number of people who have lost their lives while going through the asylum system.

A year where we’ve seen relentless attacks on refugee rights from the UK Government, not least through its Nationality and Borders Act and the Rwanda Deportation policy.

Against that backdrop, the festival’s calendar of events has provided a much-needed glimmer of hope in dark times by  helping to shine a light on the cultural richness and diversity of our communities.

As the country continues to emerge from the Covid restrictions we were able to gather in-person to celebrate the food and drink, music and poetry, art, dance, language and ideas that people bring with them when they settle in Scotland.

More than 105 fantastic events took place over 10 days across Scotland – from Inverness to Dumfries – all around the theme of ‘Storytelling’. Stories were shared through film, theatre, song, picnics in the park, history walks, cookery demonstrations, and so many more ways.

Here are just a few highlights:

Refugee Festival Scotland 2022 kicked off with the premier screening of “Beyond the lines” – a short film created by people involved in our Cross Borders project. The film was shot in Glasgow and Edinburgh on an iPhone and is based on content created by a group of writers from refugee backgrounds.

At our annual Media Awards, organised in partnership with the National Union of Journalists, we honoured the exemplary work of journalists whose stories on refugee and asylum issues in Scotland are fair, responsible, and well-researched.

On World Refugee Day we asked people to join us in a show of friendship and solidarity with people seeking safety by sharing our Aye Welcome Refugees graphic and letting us know what changes they’d like to see happen to make life better for people seeking safety. #AyeWelcomeRefugees

“What came across to me throughout the festival was just how ‘up for it’ everyone was – it was truly amazing.”

As Festival Officer the real privilege is meeting all the lovely people who had organised events. Until recently, many of us had  only seen each other on Zoom and Facetime calls.

The sense of community that comes from our festival shows that it really is for everyone, and that’s because it takes everyone to make it happen.

So to all the community groups and organisations that held events, to the artists from Museum of Things who created the striking artwork for the festival, to the speakers, the artists, the performers, and the people who made all those delicious dishes, to our wonderful team at Scottish Refugee Council and all our incredible volunteers, I want to say “Thank you!” And I can’t wait to get going on the plans for next year.

Scottish Refugee Council, along with over 75 charities, belief groups and community organisations in Scotland,…