Reacting to Covid-19: “I will work until this pandemic is over” 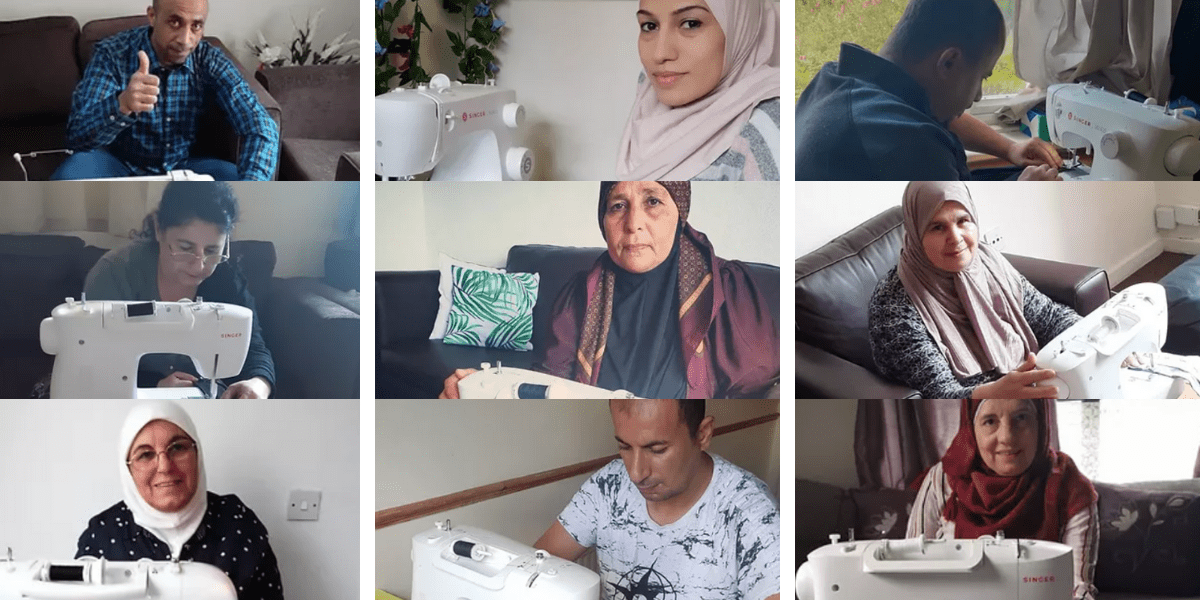 Re-Act (Refugee Action Scotland) is a volunteer-run charity that started in 2015 in response to the refugee crisis.

After receiving a Small Grant from Scottish Refugee Council, members of Re-Act were able to get the materials they needed to start making masks to help protect others during the pandemic.

The group, which includes three professional tailors from Syria, made an impressive 2,500 masks which were distributed to medical centres, social work centres, young carers, BAME groups, community centres, and the Syrian community across Edinburgh.

Father-of-three and professional tailor, Fathi said: “I have sewed more than 500 masks and I will work until this pandemic is over. I worked on this project to say thank you to the lovely people who welcomed me and my family.”

Former primary school teacher and group member Aeda said: “By the time Covid-19 began to spread I was keen to help. After I saw an invitation from Maggie and Sawsan from Re-Act, for anyone who can help making masks, I instantly offered my support and I began sewing about 150 masks with two styles.”

One of the individuals behind Re-Act, Liz McArthur, gives an insight into the charity’s beginnings during the refugee crisis in 2015 and their plans for the future.

“Our story goes back to five years ago. My family owned a nightclub in Edinburgh which my daughter ran. Her friend was gathering donations to send to refugees in Calais but her flat was full, so my daughter asked if we could use our club to store donations.

“We ran donation days at the club with our efforts on sending donations to Calais, Croatia and Greece. Through this we got to meet and know families who had come to Edinburgh through the Syrian vulnerable person resettlement programme.

“The mums were having difficulty accessing English lessons due to childcare issues, so we set up a conversation class with help from my sister who has a TEFL and ESOL background, as well as a playgroup to look after the children. Before Covid-19 we ran a women’s group, men’s group, a playgroup, a group for the elderly, and donation days, as well as sending donations to refugees in Samos.

“In all of this we have listened to what the families are saying to us. And what they are saying has fundamentally changed: they don’t want to be treated as refugees; they want to work and to contribute to the community and be empowered to do so. The masks project has been a big driver in that change because people have seen what’s achievable. But the steps they need to take to get from A to B are huge.

“During the pandemic women and children were at a huge disadvantage”

“It became clear during the pandemic that women and children were at a huge disadvantage because the women were not confident in using computers, and therefore they were unable to access crucial information about the Covid-19 crisis and online support. We’ve got a few projects we would like to get off the ground – projects asked for by the community which would help to empower them, including supporting women to become computer literate.

“Our next goal is to pilot a women’s computer literacy class but we need funding to do this. We have started fundraising for this and anyone who would like to support it can donate here.”