Our reaction to opening of new family removal centre 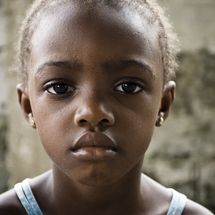 Children should be treated humanely in the asylum process

Last week the Home Office opened a new facility at Pease Pottage, West Sussex, which has been built to detain families with children who have been refused asylum and are on their way to being removed.

The centre, called The Cedars, will house families who have applied for asylum but have been told they won’t be getting protection in the UK and who have chosen not to return voluntarily. It is being run by security company G4 with on-site advice and support provided by children’s charity Barnardos.

We remain opposed to child detention

Our children’s policy officer visited The Cedars centre at Pease Pottage last month, and had many questions for the UK Border Agency and the organisations involved in running the centre. Primarily, however, we remain opposed to any detention of children for immigration purposes.

In 2010, the UK coalition government pledged to end child detention. In a speech in December that year deputy prime minister Nick Clegg said: ‘Locked up, sometimes for weeks, sometimes for months, in one case for 190 days; something no innocent child should ever have to endure. That practice, the practice we inherited, ends here.’

However, the latest Home Office figures show that 18 children were held in detention in July this year; this is simply unacceptable.

While we welcome the government’s moves to improve the removal process for families, as well as its aims to make the process more humane, we maintain that detention of children for immigration purposes is wrong and should end.

Keeping a close eye on The Cedars

We will continue to keep a close watch on how The Cedars centre is being used and on how families are treated not just during the removal process but all the way through their claim – to ensure that government policy and its staff truly have the best interests of the child at heart.

Tags: Children, Community, Legal, My claim for asylum has been refused