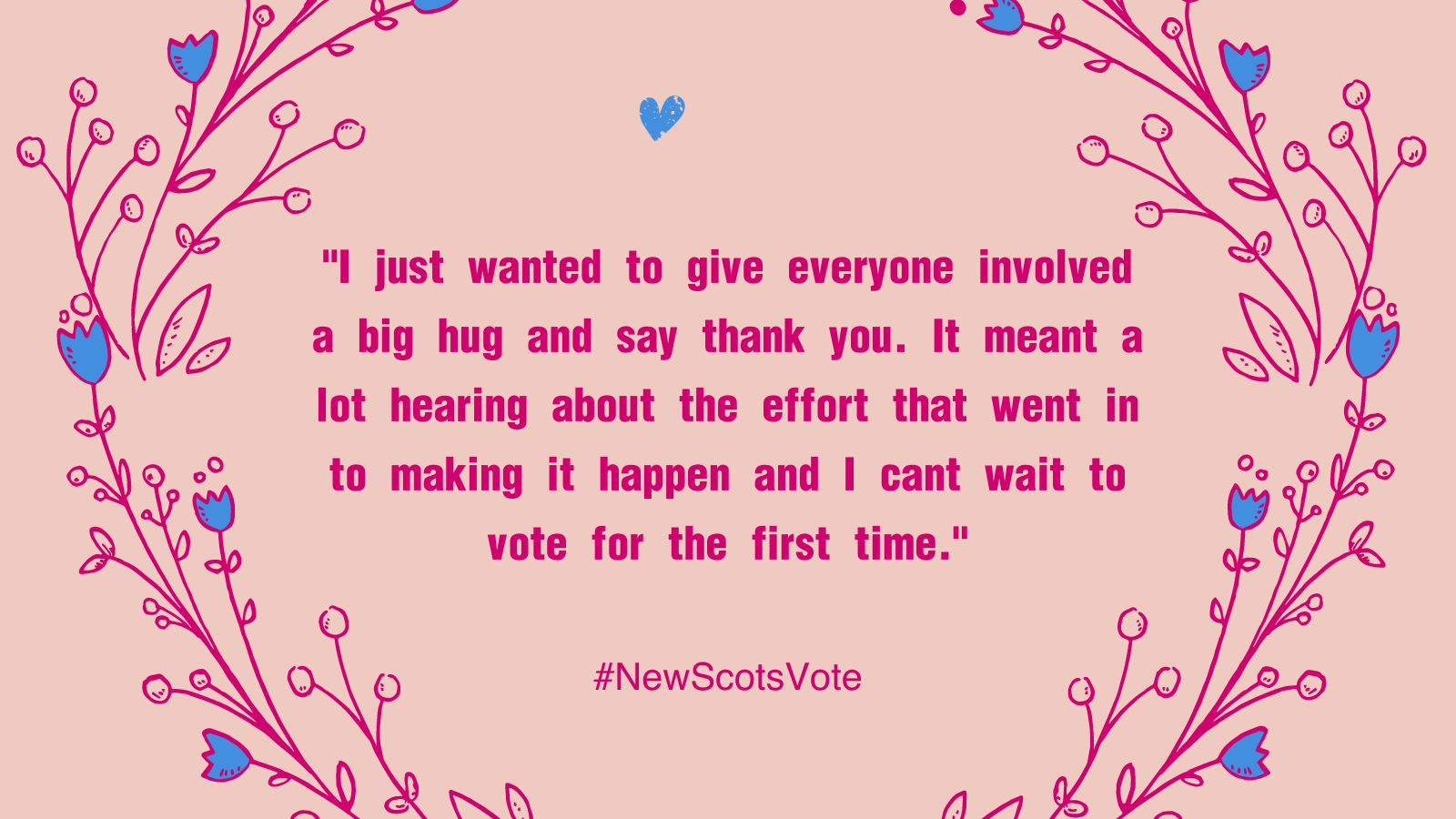 With just one week to go until the elections, people with refugee status in Scotland are preparing to cast their ballot – many for the first time.

In February 2020, the Scottish Parliament passed a new law which extends the right to vote in Scottish elections to people who are over 16 and live in Scotland. This includes everyone with leave to remain, including people with refugee status.

We held Zoom sessions to explain the voting process with partners including Glasgow City Mission. Many of their guests will be voting for the first time next week.

One spoke of their excitement about being able to exercise their rights in their new home:

“Everyone who lives in Scotland should be able to vote. Scotland is our country now too. Thanks to the politicians who passed our right to vote. I can’t wait to go to the polling station in May. I hope lots of other refugees do too”.

Another expressed gratitude to the campaigners who made it happen:

“When I heard about the process of changing the law to extend the right to vote for refugees I just wanted to give everyone involved a big hug and say thank you. It meant a lot hearing about the effort that went in to making it happen and I can’t wait to vote for the first time”.

Engaging in democracy is a huge deal for people who have not been able to before:

“As you know most of us came from non- democratic countries where the elections are a sham, so it’s going to be a good experience and good feeling to know that your vote matters”.

At a time when refugee rights are under attack, voting rights in Scotland offers people hope and pride:

“I am proud of myself. More than ever during the last few years! I feel confident more than ever before that Scotland has accepted me as a citizen who can influence its future plans”.

Find out more about our work on voting rights and download our resources for New Scots voting in May.