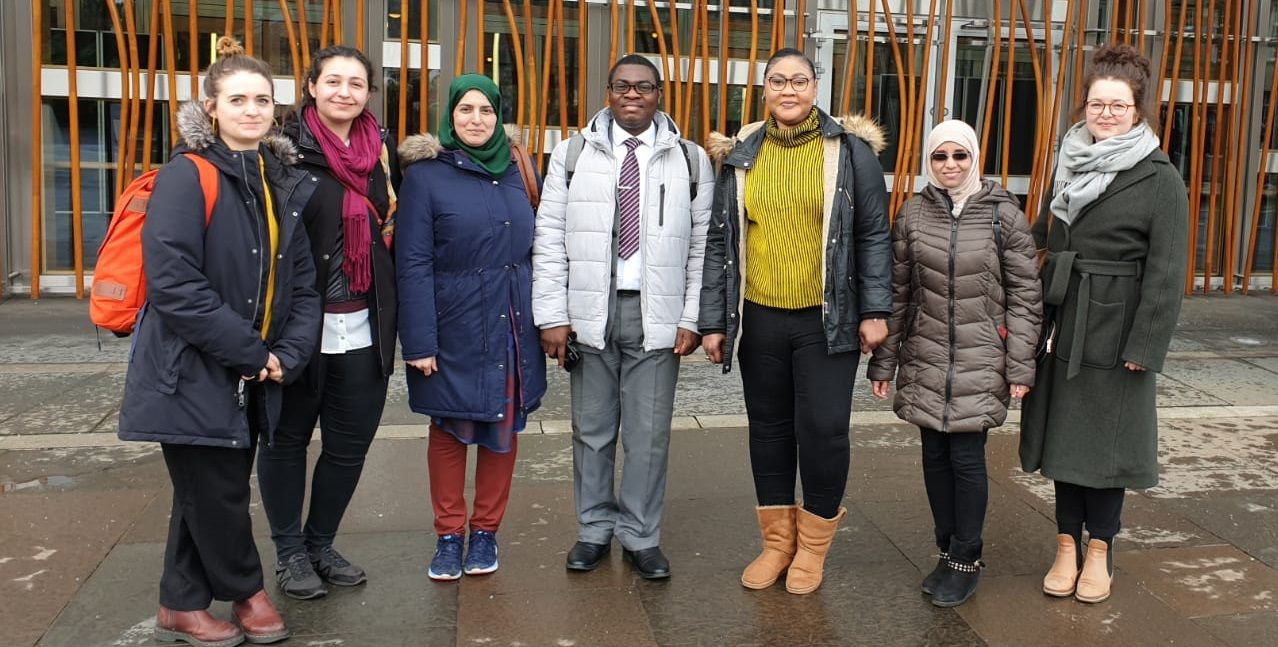 The Scottish Parliament has agreed to pass a new law extending the right to vote to people with refugee protection.

This historic change means people with refugee status will be able to vote in Scottish Parliament and local council elections.

The Scottish Elections Bill addresses a longstanding democratic deficit where thousands of people who have made Scotland their home, including refugees, have been unable to formally participate in Scottish democracy.

Our Policy Officer Lorna Gledhill has been campaigning for this change. She said:

“This is a really significant moment. The right to vote is a crucial part of the broader spectrum of human rights that everyone in Scotland should be able to enjoy. Fundamentally, everyone living here should have a say in how the country is run.

By granting voting rights to all those who are lawfully resident in Scotland, and extending candidacy rights to those with indefinite leave to remain, this new law helps create a more welcoming and inclusive country where everyone is treated equally no matter where they are from.”

MIN Voices member  Shazia spoke to MSPs to raise awareness about the issue.

Shazia said: “The right to vote is a basic right of a human being in a civilised and democratic society.  Most of us are highly educated and want to be an active part of society; this country is our home.”

Fellow campaigner Pinar Aksu from Maryhill Integration Network said:
“This change sends out a strong message to the rest of the world of how you can welcome refugees – by treating them as citizens of the country where they live.”

However, the right to vote journey does not end here. People who are still waiting for a decision on their asylum claim are still excluded from voting, and refugees will not have the right to stand as a candidate in elections until they have indefinite leave to remain.

Lorna Gledhill said: “Like everyone else living here, people seeking asylum are affected by decisions made at Holyrood and by local government and, as such, have the right to express their view on how these decisions are made. We’re disappointed the right to vote won’t currently be extended to people seeking asylum but we’ll continue to work on this and push for change.”