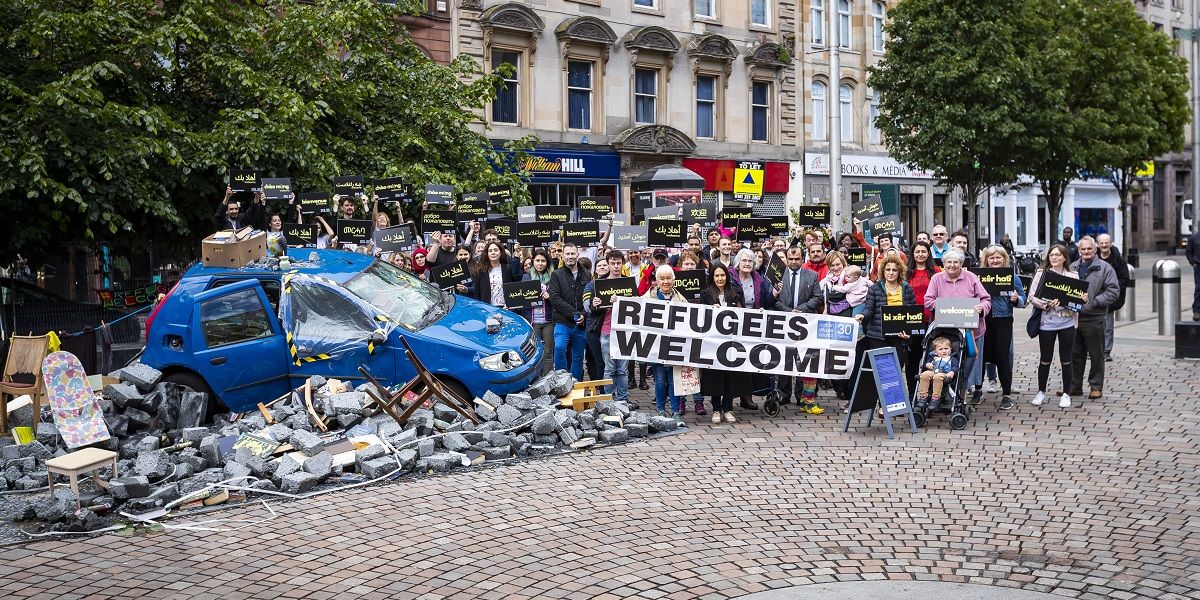 Today is the 75th anniversary of the liberation of Auschwitz-Birkenau.

Lord Dubs, a Holocaust survivor, has been campaigning tirelessly for the rights of young people in need of protection. Last week, the Government voted down his amendment to include family reunion rights for refugee children in the EU Withdrawal Bill. His more well-known amendment, to take in 3,000 unaccompanied young people from across Europe, has been capped at 480 – and even that hasn’t been fulfilled.

“It is an uneasy coincidence that during the very time when we commemorate seventy-five years since the liberation of Auschwitz, the House of Lords has been debating a bill which removes protections for refugees fleeing present-day atrocities.”

Recently, our own Chief Executive Sabir Zazai experienced a hate crime outside his home here in Glasgow. He wrote a blog for Crimestoppers today:

“Unfortunately, the reality is that just because of who we are, we can come across this kind of abuse. It shows that no matter who you are, how integrated you feel, racism will follow. Language matters. I know that conflict doesn’t begin with bullets and bombs. Conflict starts with words.”

Undoubtedly today, politicians from across the spectrum will be tweeting about Holocaust Memorial Day and saying “Never Again”, or indeed, #NeverAgain. But we need more than words. We need so much more than tweets. We need action. We need leadership which celebrates diversity in these uncertain times. Our borders and our hostile policies are killing people, day after day, and our rights are being eroded under our noses whilst everyone looks the other way. It doesn’t have to be like this. We call on our leaders to choose hope, to choose love, to choose humanity – instead of borders and profit.

We can take individual action too. Human rights begin at home, after all.

Our Media Officer Chris wrote last year: If you care about people, reach out. Get involved in your local community. Stand up for your neighbours. Turn off your television, put away your phone and talk to people. Fight the small fights. Save the people you can, when you can. Only then will we get closer to “Never Again” being a reality, and not just a hashtag.

Join us tonight at Stockbridge Parish Church in Edinburgh, where Artisan Ensemble will be performing Messiaen’s Quartet for the End of Time, in aid of Scottish Refugee Council. The piece was composed while Messiaen himself was imprisoned in a prison camp in Stalag VIII A, Goerlitz, during the Second World War.

Today, MPs have launched a fresh legal bid to lift the ban on right to…