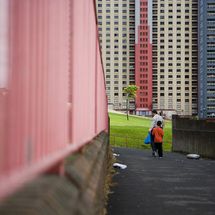 Housing – one of the biggest barrier refugees face.

The damning report also criticised the lack of expert knowledge from government approved companies, the lack of inspection initially carried out by contractors, and the failure to set up a proper working partnership to provide appropriate accommodation for people seeking asylum in the UK.

Today’s report revealed that G4S and Serco, two firms with no experience in re-housing, took on accommodation for asylum seekers without inspecting properties, many of which did not meet the housing quality standard.

“We are not, however, surprised by these findings as we have been concerned for some time about repairs, overcrowding and service standards in asylum accommodation.

“It is unacceptable that vulnerable people, who come here seeking safety from torture and human rights abuses, should then be forced to occupy sub-standard housing while they wait for the Home Office to make a decision on their claim, a process which can take several years.

“The Home Office, its contractors and sub-contractors must take immediate action to improve the standard of the accommodation they provide and the service they give to people seeking asylum.”

Public Accounts Committee chairwoman Margaret Hodge said: “The change was poorly planned and badly managed and is unlikely to yield the savings intended.

“G4S and Serco had no previous experience of accommodating asylum seekers.

“This lack of information contributed to delays, extra cost, and disruption and confusion for a very vulnerable group of service users.”

She added: “It is disturbing that over a year into the contract the accommodation is still not of the required standard and the department has only chalked up £8m in savings.”

The Home Office said it was “disappointed” with the findings of the PAC report but a spokesman said: “Further significant savings are predicted” for 2013-14.

Our fundraising auction and raffle with Lewis Capaldi is now live!

Morton Hall immigration detention centre in Lincolnshire is to close. An inspection report by Her Majesty’s Inspectorate…