Mears Group take over from Serco in Glasgow 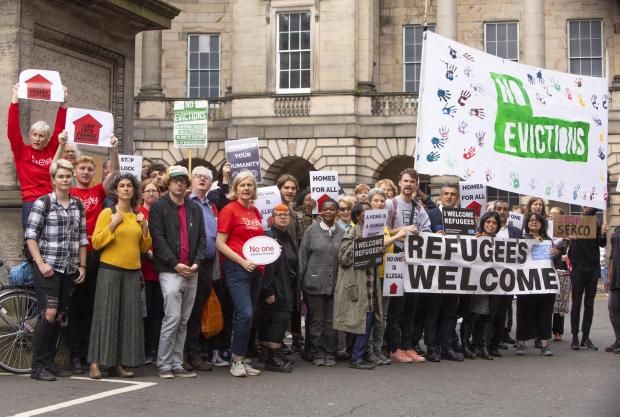 On Monday 16th September, Mears Group took over from Serco as asylum housing provider in Glasgow, after a year of fear and uncertainty over lock-change evictions which has yet to be resolved.

Last week, alongside a coalition of NGOs, legal firms and grassroots organisations, we urged Mears Group to commit publicly to never carrying out summary evictions of destitute people, regardless of the outcome of the case of Ali vs Serco and the Home Office.

It has been reported this week that Mears have agreed with some housing associations to not carry out lock-change evictions without a court order, but we do not believe that any such agreements have been binding.

In addition, and of critical importance, the 300 people affected by the threat of lock-change eviction are still at huge risk pending the outcome of the ongoing Court of Session case, and will not be taken on by Mears.

“For the last seven years, we have seen the detrimental impact that Serco’s approach to housing has had on the men and women we support.

Housing officers have treated people with a lack of dignity, housing has been unfit for purpose, and for the past year, lock-change evictions have been hanging over people’s heads, spreading fear and anxiety among the communities we support.

Serco and the Home Office’s treatment of people has been unacceptable, and we urge Mears to commit to doing things differently. We are not asking for people who are seeking protection to be given special privileges, just the same rights that everybody else has in Scotland.”