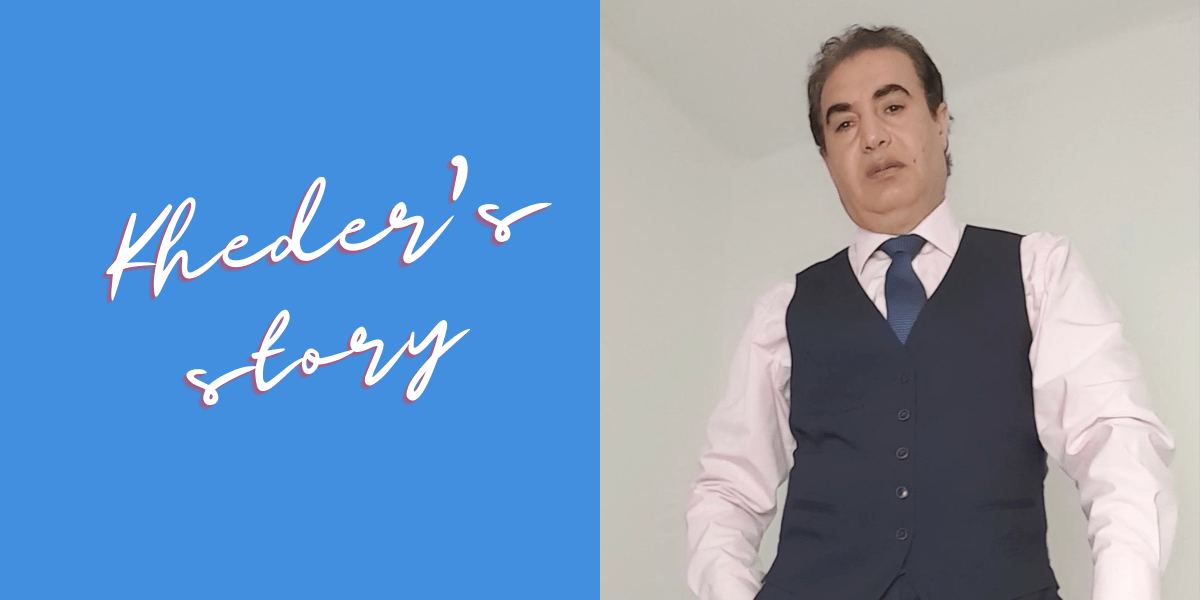 Kheder, 46, lives in a hotel room in Falkirk while awaiting a decision on his asylum claim.

He has been in the UK since summer 2021, living in Belfast for four months before being relocated to Scotland. This is his story.

Kheder is a researcher and inventor, who has worked across mechanical engineering, renewable energy, hydropower, agriculture and sustainable development, and has been featured in the media back in Syria for his ideas. After leaving Syria in 2012, he lived in various countries in North Africa, before coming to Europe via Spain and settling in Germany. He has also spent time in Sudan where he has patents registered and was offered citizenship, which he turned down as he would have lost his right to remain in Germany.

Kheder struggled to get funding for his projects in Germany, where he has seven patents registered. He made the decision to travel to the UK. He knew that his skills were on the Skills Shortage List and felt that this would enable him to find safety and work quickly here, but this has not been the case. He has now been living in the hotel room for almost a year, and is waiting for the Home Office to make a decision on his asylum claim.

Since arriving in Scotland, Kheder has been actively getting to know his community and volunteering in his local area. He has big ideas for Scotland’s renewable energy and tourism sectors, including designing the largest wheel of its kind to generate energy, inspired by the Norias of Hama, Syria.

During Refugee Festival Scotland 2022, Kheder participated in the Rediscovering the Antonine Wall project.  Artist Paria Goodarzi and Central Scotland Regional Equalities Council (CSREC)’s Global Language Café took participants for a walk and picnic along the historic site of the Antonine Wall. They learned about how in the time of the Roman Empire, archers recruited from Hama in Northern Syria were among those stationed at various sites across Britain, including the Antonine Wall from AD142-157.

Back in Syria, Kheder worked in agriculture and economics. He became increasingly aware and worried about what was happening politically in and to his country, and its repercussions for other countries around and in Europe. He is particularly interested in working in renewable energy to help reduce reliance on oil and gas. He visited Ukraine for two weeks, long before the current crisis, but is acutely aware of the parallels between what happened in Syria and what is happening in Ukraine, and fears what might happen next between Europe and Russia.

Kheder’s skills, like those of so many, are wasted in the asylum system where he cannot work and has to wait in limbo for months and years for a decision on his claim. He could be contributing to Scotland’s renewables sector, connecting with existing workers to expand his ideas and portfolio, or garnering support for his patents. Instead, he is stuck in a small room for an indefinite amount of time with just £8 a week, and like so many like him, it is taking a huge toll on his mental health and wellbeing.

Beyond the Lines: our new short film