In the heart of the community 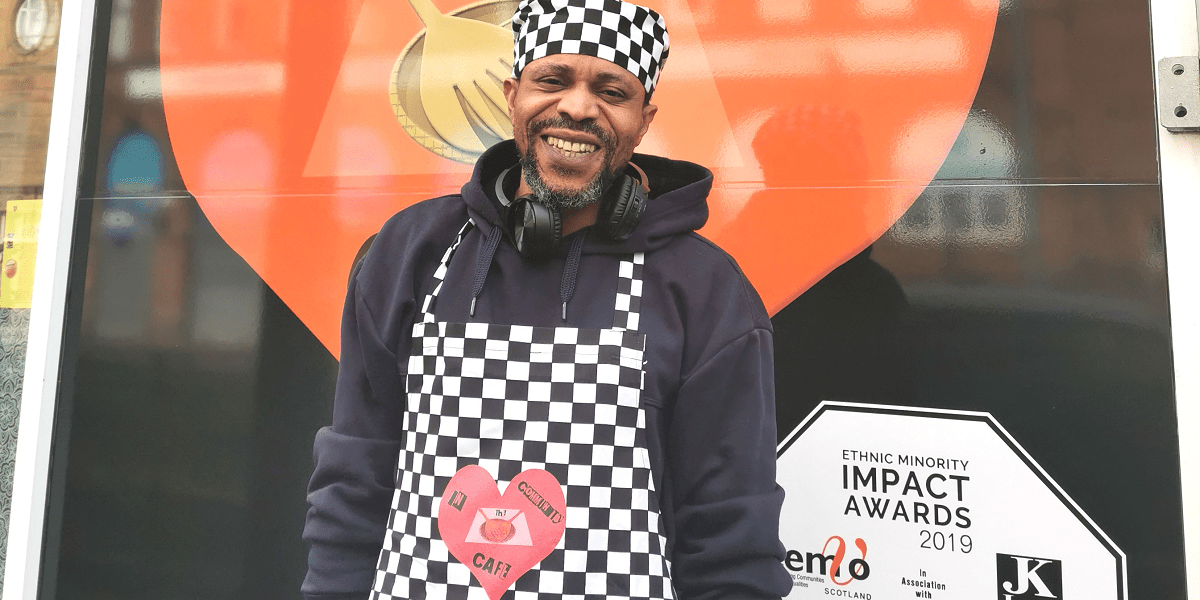 In September 2020, Scottish Refugee Council distributed small grants to community groups and organisations to assist them with increasing existing services and resources in support of their community during this unprecedented time.

One such group was Heart of Africa which successfully applied for a small grant to tackle digital poverty amongst refugee families due to Covid-19.

Since receiving the grant, the group’s founder, Tuoyo, has been out delivering new laptops to numerous refugee families, as well as food and other essential items.

Tuoyo himself was recently thanked by the Prime Minister for his community work during the Coronavirus outbreak which has included cooking and delivering more than 5,000 meals to vulnerable people.

Tuoyo says his inspiration for all his community work is his late mother Loretta, and wanting to set a good example for his son.

Whilst working in a council homeless unit, Tuoyo realised the people he was supporting needed more than just a roof over their heads. He started the group Heart of Africa with some of his neighbours.

Tuoyo explains: ‘My job at the homeless unit was good but it made me feel depressed seeing people there who didn’t have much. They were so isolated and wouldn’t communicate with each other.’

‘One day I said to my boss “I love cooking. My mum taught me to cook and I’ve went to college to do the management side of things. Let me use my own money to start cooking for these guys to bring them together.”’

Tuoyo’s manager agreed he could start cooking for the people in the homeless unit. The first day was such a success that he continued doing it every Friday for a year with the help of his wife Caroline and some of his neighbours under the banner of their group Heart of Africa with no funding but their own.

Finally, they made their group official and registered with OSCR in 2016.

Tuoyo left his job at the council homeless unit to put all his efforts into supporting vulnerable people through Heart of Africa.

He now runs the Heart of Community Café in Bridgeton from which he sells delicious traditional African food to the public and provides free food to some of the most vulnerable people in the local area, including asylum-seeking families.

‘I want to make sure no-one goes to bed hungry,’ says Tuoyo.

‘If we want the world to be peaceful we have to see ourselves as one people and be there for each other.’

About our grants to communities

Scottish Refugee Council secured funding from Foundation Scotland and National Emergencies Trust. In total £222,626.37 has been distributed amongst 57 community groups the length and breadth of Scotland. Further funding will be available in the next few weeks – keep an eye on our website and social media channels for updates on this.