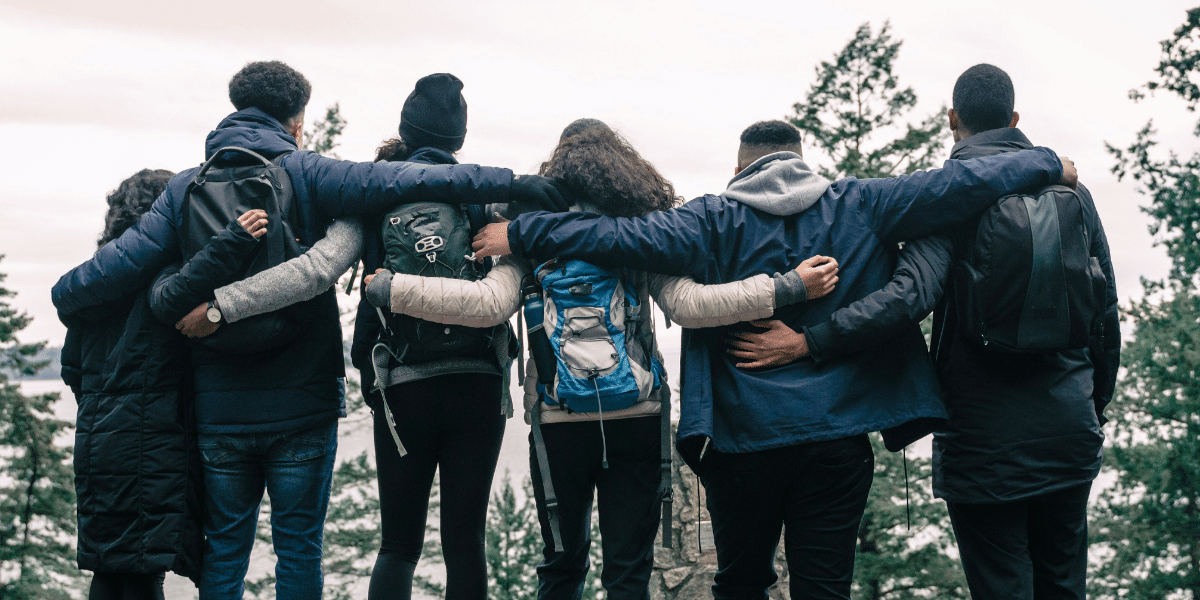 Finding your feet in a new country is never easy. But for children who arrive in Scotland without family to turn to for guidance and support, it is often scary and confusing. As a Participation Officer for the Scottish Guardianship Service, Stefan Smith, helps young people to make friends, have fun and get involved in their new communities. 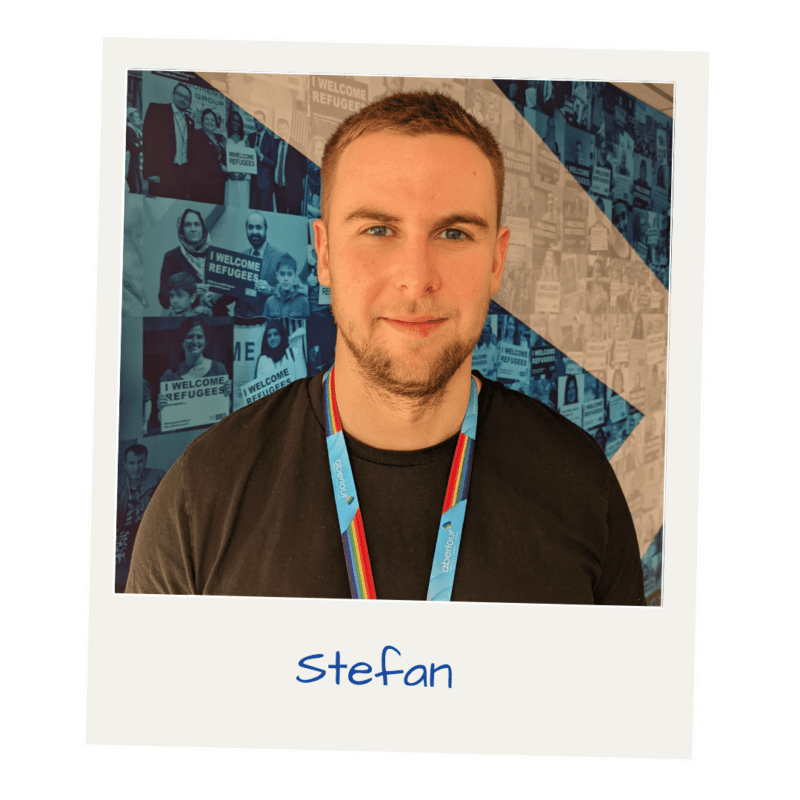 Tell us a bit about your job?

The Scottish Guardianship Service supports unaccompanied asylum-seeking children. We work with anyone under the age of 18 who has arrived in Scotland, without a caregiver, to seek asylum or as a result of trafficking. We continue to support many young people beyond their 18th birthday.

One of the main things I do is get young people involved in decision making and make sure that their voices are heard, not just here in the Scottish Guardianship Service but also with the Scottish Government, the Home Office and other bodies.

We work with lots of organisations that have an interest in hearing the voices of young people. And we help prepare the young people, making sure they know their rights and how to express themselves.

We do English classes and lots of activities like music, drama and sport. There’s a badminton group that meets twice a month. And we work in partnership with Standing Tall Arts to run workshops on everything from cooking to comic books.

For a while, everything was online but we’re able to do things in person again now, which is great! 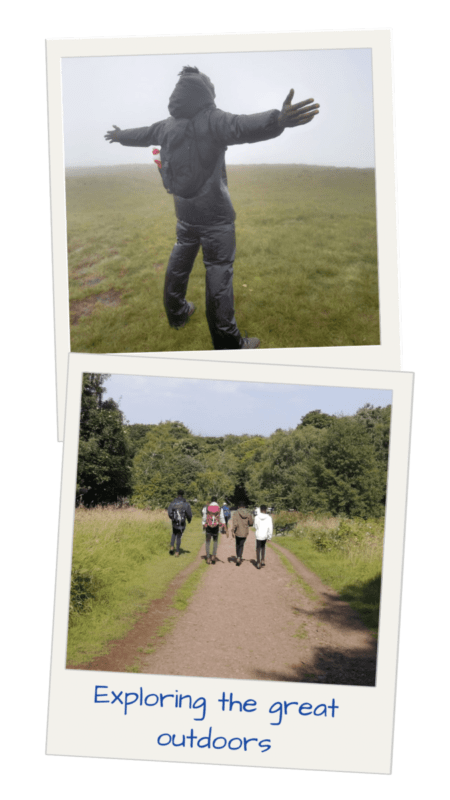 What’s the best thing about working for Scottish Refugee Council?

Finally getting to meet young people face to face has been amazing! I started my role in January 2021. I was working as an English teacher in Colombia at the time and I came back to Scotland when we were in full lockdown.

We’ve done loads of Zoom calls, so I’ve been seeing the young people every week on screen but getting to meet them in real life has been great. It’s so much easier to communicate. We play football on a Monday and they all love it! Everyone is making friends and having fun.

What’s the most challenging thing about your role?

When I first started, building relationships with the young people was really challenging because it was all happening online. When you’re working remotely, it’s hard to get to know them and build that trust. Now I’ve got a much better idea of what each of the young people is interested in.

For the young people, arriving in a new country during lockdown was a huge challenge. They couldn’t leave the room they were staying in. They were struggling to learn the language, meet new people and make friends. Because of Covid, everything was delayed. There were long waits for English lessons, college courses and asylum decisions.

The asylum process itself is a big thing that hangs over you.  For many young people, their asylum decision can be all they can think about. It’s difficult for them to see beyond that. Once they have their status, it’s much easier for them to participate and get involved in things. 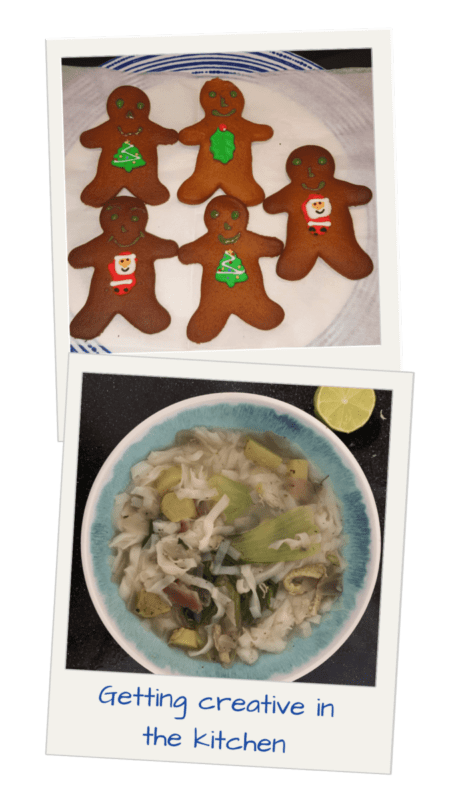 What do you find most rewarding?

Lots of things about my job are really rewarding. When you hear that someone has been granted refugee status that’s always a really nice moment.

There’s one guy who has never been to school in his life. He finds college quite challenging but he’s so hardworking. His spoken English is amazing and it’s incredible how much he’s learnt. Last week he was granted refugee status and he was so happy. That was a great moment.

Part of my role involves helping young people to find volunteering opportunities, look for jobs and find college courses. It’s so rewarding to see them doing things that they’re actually interested in and what to do rather than things that they’ve been forced into because of their circumstances.

What do you like to do when you’re not at work?

It’s a bit boring but I try to go to the gym most days and I usually go to football on a Saturday. I support Dundee United so I go across Scotland supporting them. I try to read Colombian books as well, to keep up my Spanish.

What are you most looking forward to, now that lockdown restrictions are coming to an end?

Being able to plan things a bit more and not having to put limits on how many people can come to things when you’re meeting in person. We had to cancel the Christmas party last year, which was a real shame. With social distancing, we’ve also had to ask young people not to bring friends to things because we’re only allowed 25 people. It’ll be nice not to have to worry about those things.

Tell us something interesting that your colleagues probably don’t know about you?

They probably don’t know that I’m half Icelandic. I’ve only been to Iceland a handful of times and I don’t speak the language.

The Scottish Guardianship Service is run in partnership with Aberlour.

Find out more about how we’re helping unaccompanied children settle into life in Scotland.