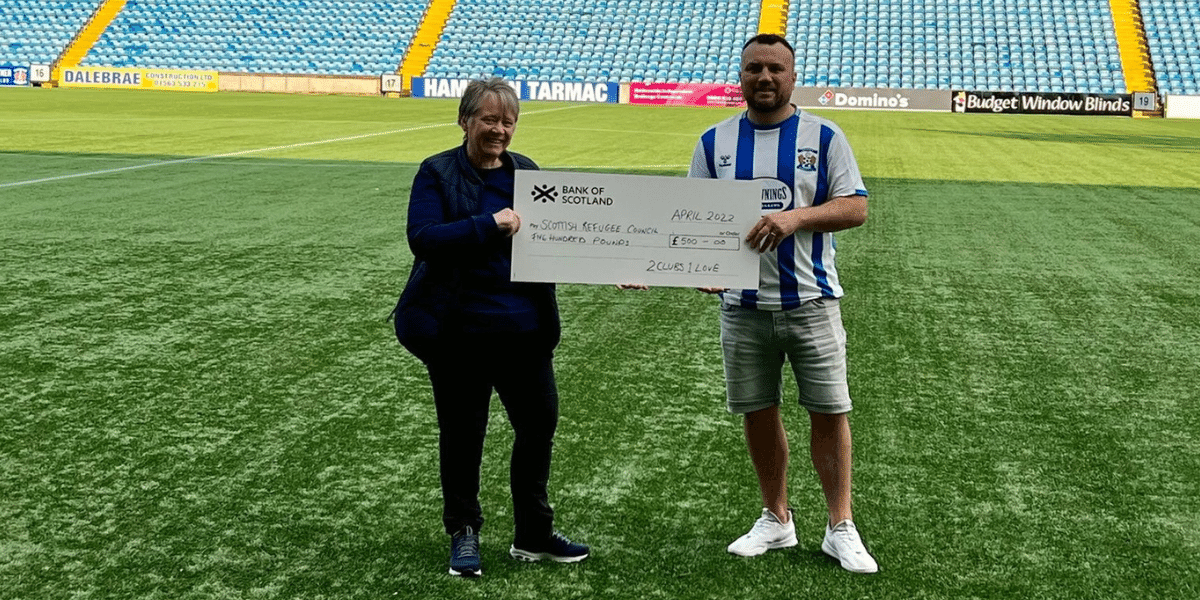 When Martin Wall heard about the plight of people fleeing war in Ukraine, he decided to act. Martin, who has a young daughter himself, organised a raffle to help refugees arriving in Scotland. Prizes included a Kilmarnock shirt signed by the league winning squad and loads of goodies donated by local businesses.

Martin said: “After watching recent events, I wanted to give a small something back with the help of others.”

There was a fantastic response from Kilmarnock supporters and tickets sold like hot cakes. A phenomenal £500 was raised! We’ll use the money to provide comfort and support to refugees and people seeking asylum.

We’d like to say a massive thank you to Martin and to everyone who so generously supported this fantastic fundraiser by donating prizes and buying raffle tickets.

If you’d like to organise a fundraising event to help refugees you can find out more here.