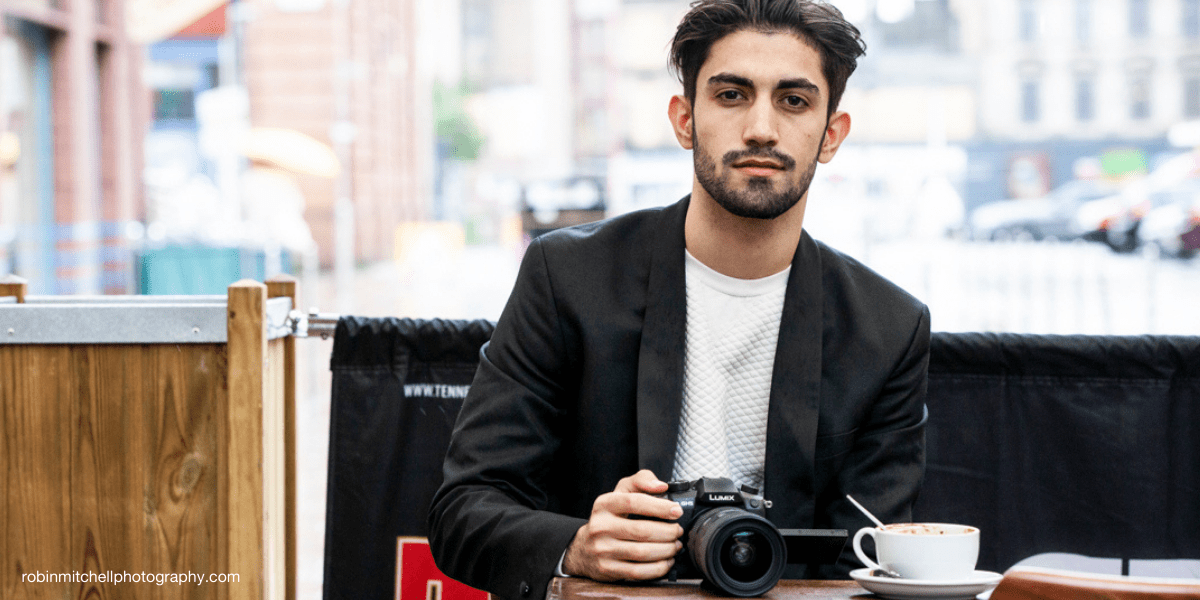 “My favourite Scottish word is daftie. I use it a lot.”

“I feel like I’m home. Glasgow is just making me so happy every day. I think the memories that I’ve made with friends here, and just the people that I’ve had experience with, it’s a good feeling that I have in this city.”

The Kurdish teenager didn’t feel quite so at home at first.

During the years of uncertainty, worry and fear, Zayn’s guardians Megan and Graeme were by his side. They supported him through appointments with lawyers and Home Office officials, helped him apply for college, and introduced him to other young asylum seekers.

2019 was a good year for Zayn. Three years after arriving in Scotland from Iran, he was granted Refugee Status.

“Guardianships are like a miracle, an angel. They hold my hand and move me forward. It’s like the difference between day and night.”

Now a student at City of Glasgow College, Zayn hopes to get a job in the media when he completes his HND in TV Production.

“A journalist, cameraman, sound and lighting. That would be really good. One day I’d like to work for the BBC.”