A decade of the Scottish Guardianship Service: Yusra’s story 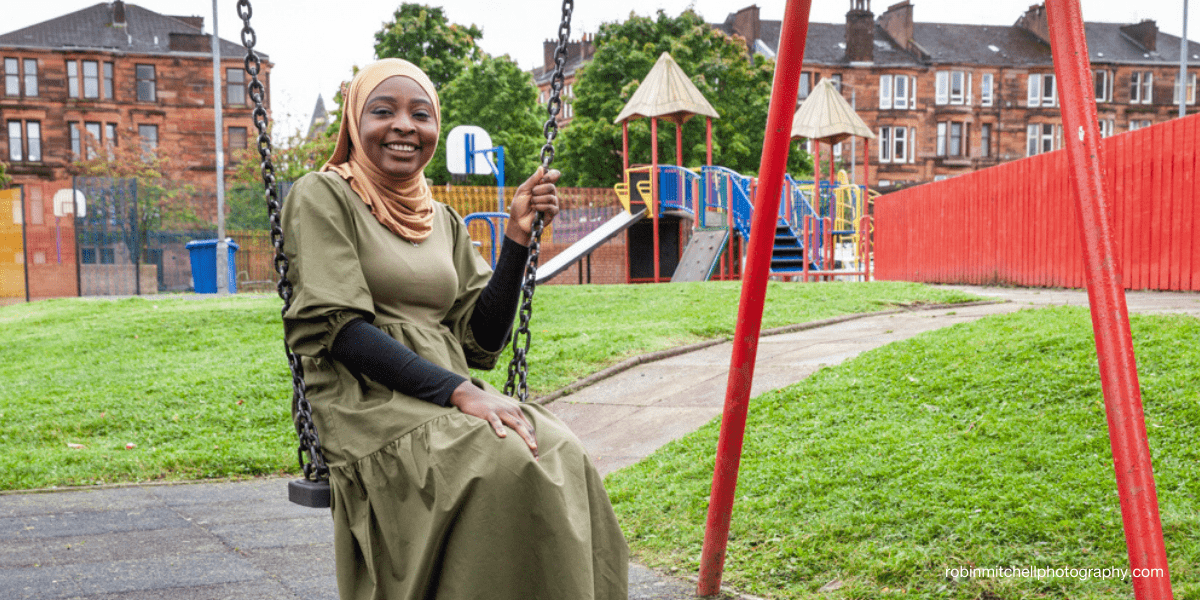 In 2011, a 15-year-old Yusra came to the Scottish Guardianship Service not knowing what the future held. Here is her story:

“Do you know Tony Macaroni? We went there for our first date. It was awkward,” laughs 24-year old Yusra, who fled the civil war in Somalia nine years ago.

“Even though Sayid had been my friend for three years I was so nervous I asked my foster brother to come and sit at another table!”

The Hospitality and Tourism Management student at Strathclyde University first met Sayid when they were both teenagers at the participation group run by the Scottish Guardianship Service. Now they’re married and have their hands full with a lively two-year old son.

“His first word was dada. Now he can count up to ten. He knows colours, shapes. He loves outside, he loves cars. He gets that from his dad. Sayid’s a mechanic.”

The first thing her guardian, Alexis, did was support Yusra and her social worker to change her foster placement – a move that allowed the fifteen-year old to flourish. Alexis took her to lawyers’ appointments and, when her asylum claim was refused twice, encouraged her not to give up. The third time, Yusra got her status.

In 2012 Alexis accompanied Yusra to the Red Cross family tracing service in a bid to find her family back in Somalia. Six years later, Yusra received a letter from the Red Cross to say they’d found two of her three siblings in a refugee camp in Kenya. She’d last seen her brother when he was four; he’s now nearly 14.

“I was very emotional. I cried lots. I thought this can’t be true after so many years. They’re quite young so for me if I’ll be able to get them here it’ll mean a lot. They need family; they need someone to look after them. My other sister, I don’t know if she’s still alive or dead, I just don’t know.”

Over the last ten years, nearly 700 asylum-seeking and trafficked children and young people have been supported by the Scottish Guardianship Service. The service is run by Aberlour Childcare Trust in partnership with Scottish Refugee Council.