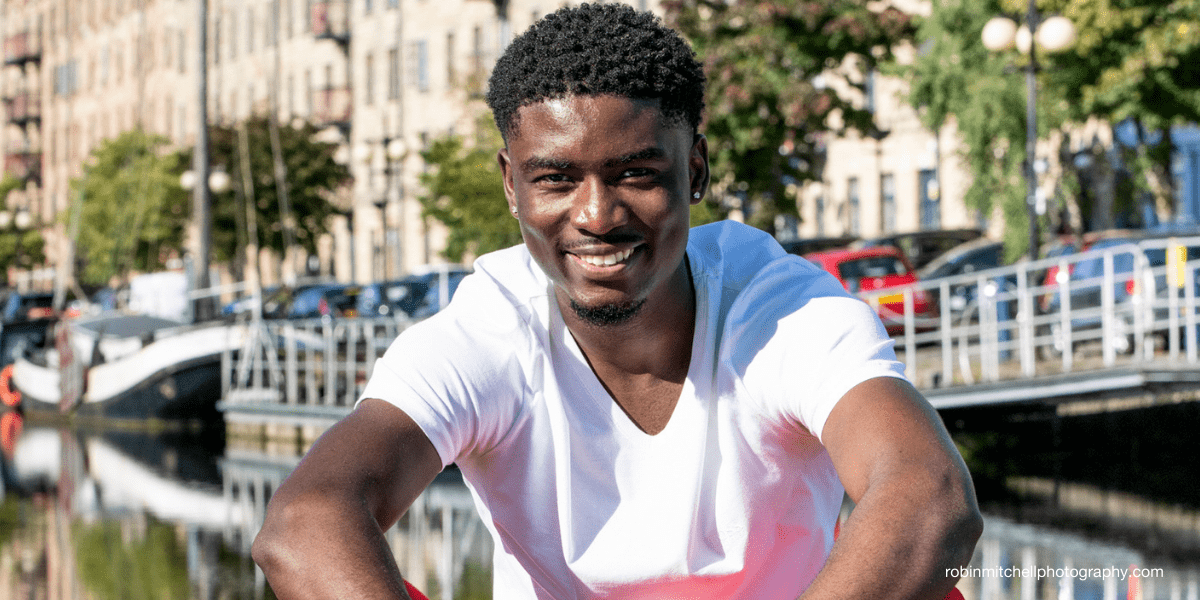 “They used to call me Tattie Scone at school. I didn’t even know that was potato!”

When Tati started high school, he had to learn Scotland’s language and culture quickly. Now 22 and with a strong Glaswegian accent, the refugee from Angola laughs about his nickname as he reflects on how much his guardians helped him through the early days.

“The only time I would smile was when Catriona or Alexis came to see me and took me out for a drive or a walk. They told me, ‘Don’t be afraid. You’re not on your own. We’re here to support you.’ That made me feel stronger.”

The other thing that helped Tati feel less alone was activities and trips with other teenage asylum seekers; memories of climbing, rowing, and discos stand out as highlights, along with his first-ever Halloween party.

“It was good vibes. Everyone had to dress up, so I ended up putting on a dress and a wig. It was so funny. Everyone was laughing so it was the perfect chance for me to make friends.”

The reasons why he fled Angola though were never far from the surface, especially when faced with repeated interviews with Home Office officials.

“The day my asylum claim was rejected I was crying my heart out. I didn’t know what to do. Then Catriona and Alexis said, ‘Listen. That’s not the end. You need to be strong. You can appeal.’ All I did was listen to their advice until the day I got accepted.”

Tati’s now in his final year studying Business and IT at the University of the West of Scotland, has a job at Nandos and does occasional work as a fashion model. But he still keeps in touch with his guardians.