A decade of the Scottish Guardianship Service: Shireen’s story 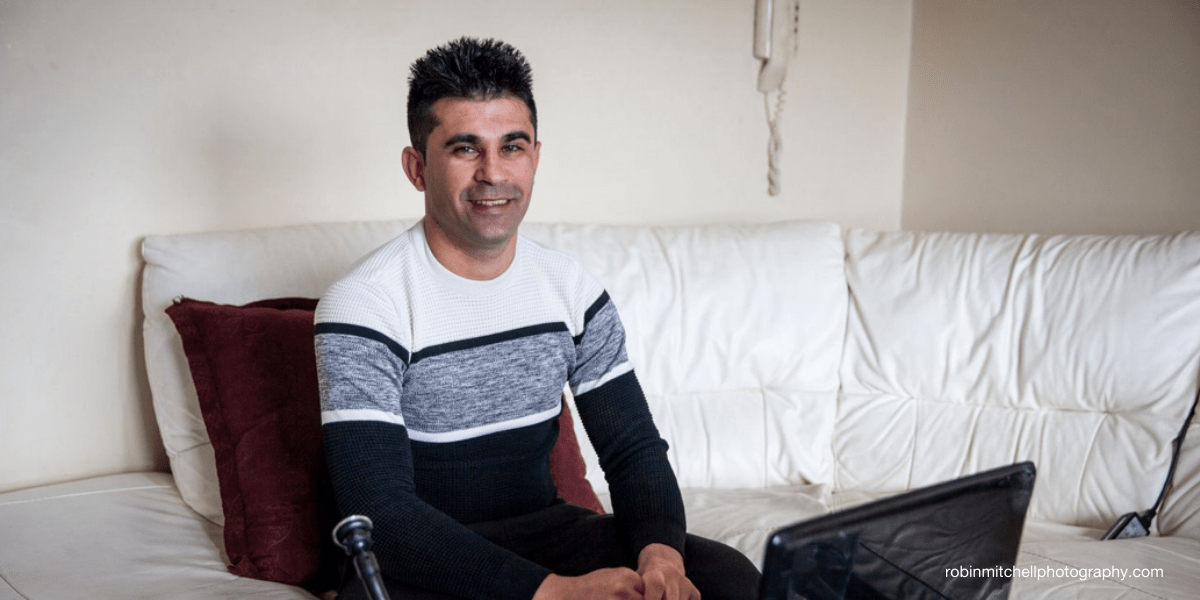 “I like Irn Bru. It’s the best drink in Scotland. It tastes like medicine. When I have a cough, I buy a big bottle.”

Shireen was just 13 years old when he fled Afghanistan in 2008. When he arrived in the UK two years later, Shireen’s age was disputed by the Home Office. Despite being only 15, he was treated as an adult, dispersed to Glasgow and the Home Office refused his asylum claim.

“That time was very difficult for me because I couldn’t speak English, I didn’t know where I could go or what I could do. I had nothing. And nobody believed my case.”

It was only after the Afghan Embassy accepted his handwritten ID documents as genuine that he was referred to the Scottish Guardianship Service as a 16-year old. His guardian Hannah supported Shireen through the immigration and appeals process that eventually led to him being granted refugee status in 2014.

“Hannah’s helped me in lots of ways, with my flat, with solicitors, she read my case and explained what was happening. Guardianship in Scotland is like my family. They support me for education, for interviews, for work, even when I have Council Tax problems.”

Shireen has grown in confidence through many activities run by the service; he’s taken part in a photography project, Christmas parties and a trip to the Scottish Parliament. He’s now working on a business plan to open a grocery store, and he plays in a volleyball team at Scotstoun gym. But one of the things he enjoys most is Refugee Week, celebrating the country’s cultural diversity.

“I wore Afghan clothing for a fashion show in the Gorbals. In Refugee Week we learn more about other peoples’ culture. Here in Scotland there are mixed communities now. You can see a lot of culture. Different people from everywhere in the world.”