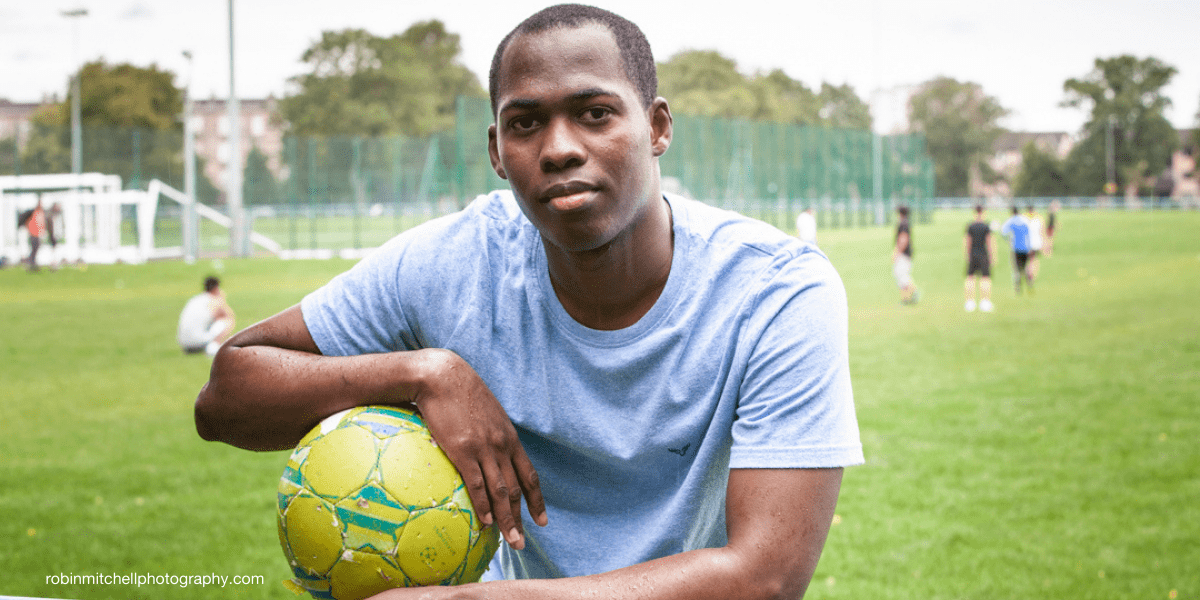 “This is the team I support. Celtic. Edouard. I just came to know them here. Some of my other friends support Rangers, but I love Celtic.”

Meyman fled from Somalia after being captured and attacked by al-Shabaab at the age of just 15.

Two years later he arrived in Scotland just as the country entered lockdown to fight the spread of Covid-19. He was placed in supported accommodation for homeless 16 to 25-year olds where he started learning English and developed his new passion for football.

“I was very happy living there. They didn’t discriminate against me although I couldn’t speak English. They said come on, with time you will start speaking just like us.”

Because of the lockdown, Meyman has yet to meet his guardian face-to-face. Instead, they’ve had to build their relationship online.

“It was really difficult because I’ve never had a computer before. I didn’t even know what asylum was. But I’ve had a lot of that explained to me by Megan. I’m very happy with everything.”

Throughout the pandemic, the Scottish Guardianship Service has helped keep young asylum seekers connected with one another online.

“We support each other because it’s a process we’re all going through. And we talk about our dreams of the future, what we want to do, our education.”

Now in student accommodation, Meyman is excited to start studying English at college.

“I want to be an engineer, for construction, for buildings, roads. And since I’ve never attended school I know that I need to do a lot of work, so I will really, really work hard.”