A decade of the Scottish Guardianship Service: Mahad’s story 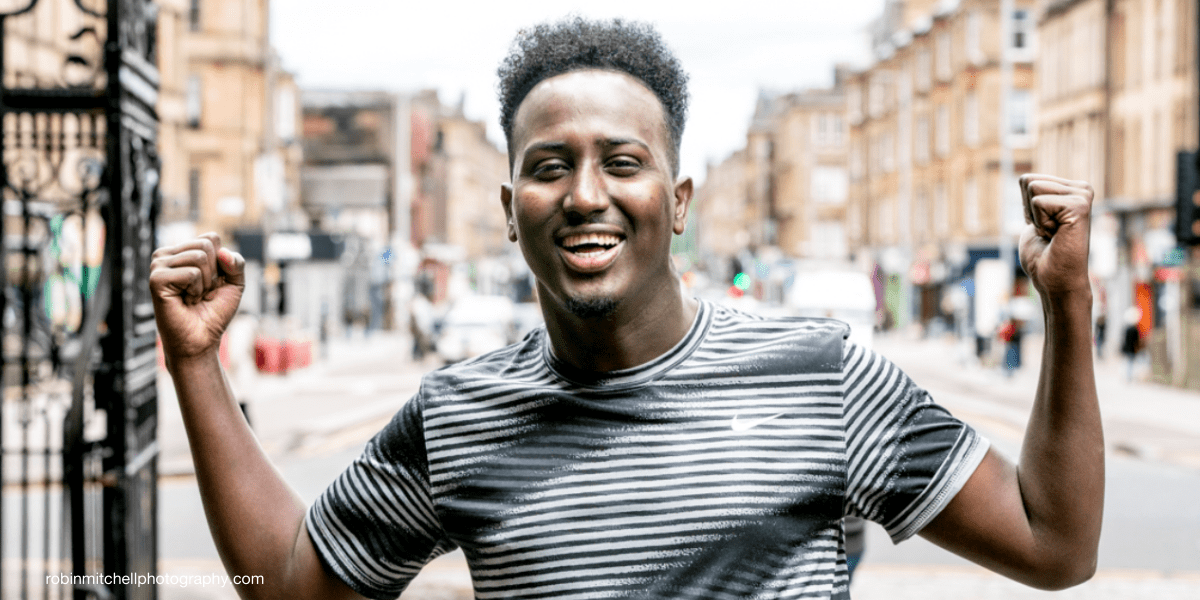 “We’ve won a couple of times. But unfortunately, we didn’t win any cups. No trophies yet. But in the future yeah I hope so.”

Every Saturday morning and Thursdays too, Mahad plays midfield for his football team in Maryhill. Sometimes he has a treat of chips and cheese on the way home. Hard to believe that when he arrived from Somalia at the age of 16, Mahad knew nothing about the beautiful game and nothing about Scotland.

When he was referred to the Scottish Guardianship Service, Mahad started attending weekly activities with other young asylum seekers.

“When I went there, I felt different because there were people my age. They’re feeling happy, enjoying playing games, dancing, music. It made me feel quite different.”

Mahad’s guardian Megan accompanied him to immigration interviews, encouraged him to learn English at Langside College, and took him to the Red Cross who eventually traced his family to a refugee camp in Uganda.

“It was the best news I ever had. They said call this number. My mum answered the phone. I couldn’t stop crying. They’re all crying as well. The Red Cross workers and Megan too.”

Last December Mahad travelled to Uganda to be reunited with family. He hopes to study IT and plans to work hard to bring his family to Scotland one day. In the meantime, he’s been listening to his favourite rap music and decorating his flat.

“I put up wallpaper and hung up some pictures. It’s beautiful the way I designed it. It’s Scottish.”