A decade of the Scottish Guardianship Service: Lyne’s story 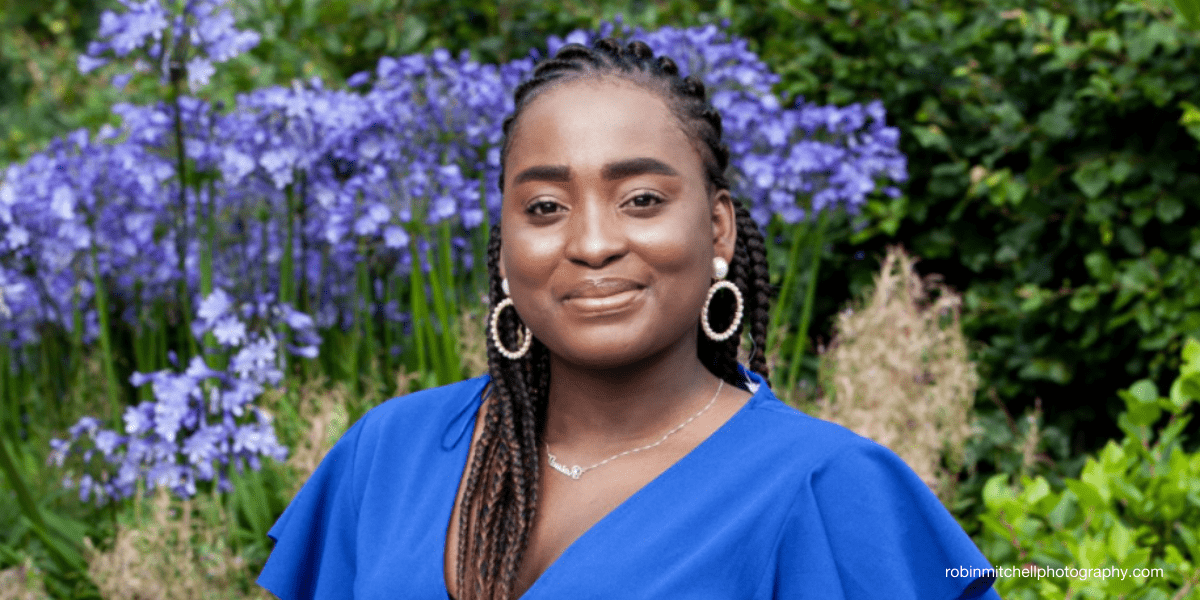 “I’ve just been accepted to do a PhD in Ultrasonic Engineering at Glasgow University,” says 23-year old Lyne, who has just completed her Master’s at GCU.

She attributes her academic success to the help she’s received over the last seven years from her guardians Alexis and Stephanie.

“I’m proud of myself, and I want to say thank you for all the support I’ve been receiving because I’m sure that if I was alone, I wouldn’t have got this far.”

Lyne remembers meeting Alexis for the first time two months after arriving in Scotland from Cameroon.

“She brought me to Primark and helped me buy some clothes. Some underwear and pyjamas. That was my first clothes since I arrived in the UK.”

Together with the support she received from social work, her guardians’ help with basic necessities proved a lifeline. But it is her guardians’ support through dark times Lyne values most.

When a court decision went against Lyne, Alexis remained by her side. A year later, a flight ticket was booked to return Lyne to Cameroon.

“I thought that was the end, I thought I was going to lose everything. I was really down. I felt life wasn’t worth living. But again, my guardian was there to say everything’s going to be fine. I mean the whole time, she was there. She helped me to get the legal advice I needed.”

Even though she’s still waiting for a positive decision on her asylum application, Lyne hopes her success at her studies will inspire others to achieve their dreams.

“I wanted to do something meaningful with my life. Education is the thing that’s given me the strength to continue. It made me get up every morning. What I went through, with all the difficulties I overcame, I think everything’s possible. To be patient is not to wait but to act whilst waiting.”

Refugee Festival Scotland launches today with a week of events and activities across the country….

AMBER: As it happens

At 6am on Monday, 14 June, two artists set off on an epic journey to…

AMBER: a unique performance to mark 70 years of the UN Convention on Refugees

This summer marks the 70th anniversary of the Refugee Convention, the international treaty that upholds…