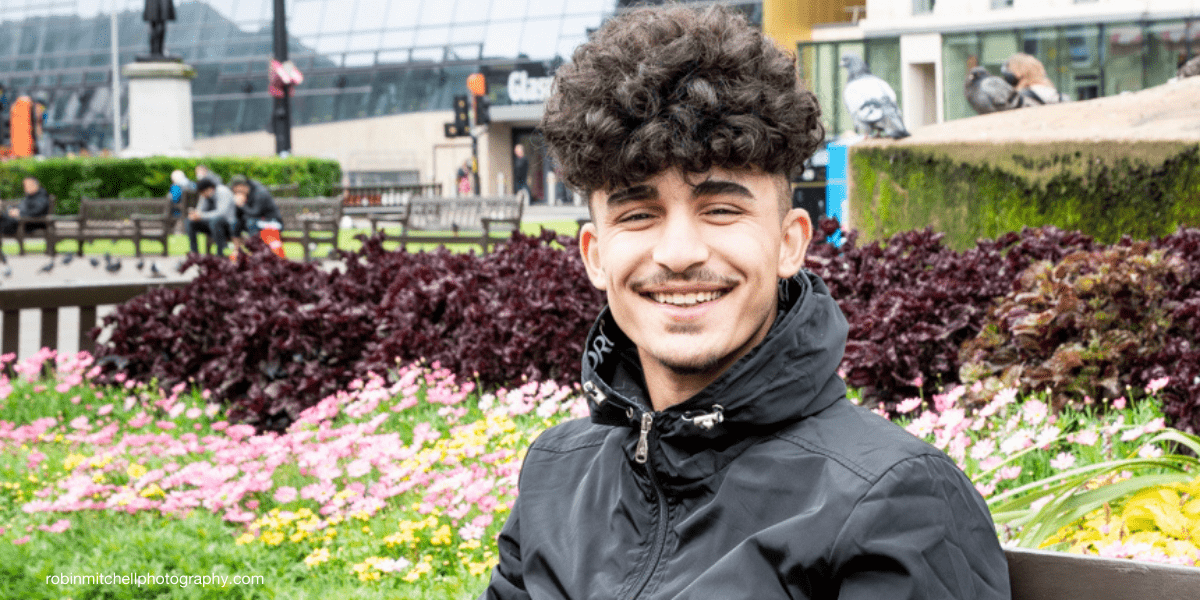 “I’ve never experienced anything like that before and I enjoyed it more than anything I’ve done before.”

16-year old Dlovan from Iraq laughs with his guardian Sarah as he remembers the day he went go-karting with other young asylum seekers, speeding round the track and lapping their guardians.

While such days out with his peers have brought joy, the Allies Group run by the Scottish Guardianship Service is also helping the Kurdish teenager deal with the impact of trauma.

“The breathing exercise, even if you feel angry or frightened, that was good to calm me down. We were also given a very nice smell, the oil, that we were using to bring ourselves to the present. Because when my mind was going away and thinking about the past and the things I’d seen in Iraq, I had to bring myself back to the present. And that smell relates me to Scotland.”

The recently launched Befriending Service has helped Dlovan to get to know Glasgow as his new home. Discovering the Forth and Clyde Canal was an experience he couldn’t wait to share.

“I’ve been to so many nice lovely places in this city that I had never seen before. Just a wee while ago, my befriender took me to the Canal on a bike. It was a very nice place. I’ve been back to it once again and the second time I went there I took a few friends with me.”

Dlovan loves Scotland and has big plans for the future to help those who have none.

“I am hoping to become a very big businessman to help the Scottish people or anybody staying on the streets with nowhere to live. I want to have a very big company and employ all these people and encourage them to leave drugs and alcohol behind.”