30 years working with refugees in Scotland 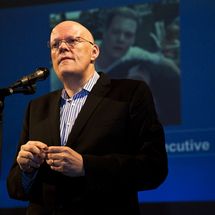 This year Scottish Refugee Council is celebrating 30 years of working with refugees in Scotland. Our chief executive John Wilkes talks about what it means to be Scotland’s national organisation for refugees and people seeking asylum.

“It’s difficult to believe we have been around for 30 years! None of us here now were here in the early days, but we are carrying on the baton and we really benefit from the rich history and achievements of the organisation and continue to do the best we can for refugees and people in the asylum process.

After 30 years we’re still focused on our core mission of supporting refugees and people in the asylum process, people needing protection in Scotland. Having said that, we’ve hugely changed over the past 30 years and I’m proud of our ability to be flexible and adapt to the changing world that we live in. Scottish Refugee Council has always tried to reflect the experience of refugees and this has changed dramatically over the past 30 years. In the mid 1980s, the UK saw many Chilean refugees and Vietnamese boat people, who tended to end up in the south east of England.

In Scotland, and for us at Scottish Refugee Council, a big milestone was the Bosnian and Kosovan refugee programme in the early 1990’s, and then later in that decade the introduction of the UK Government’s asylum dispersal programme as applications increased. Asylum dispersal was a response to that, but for Scotland it also meant a step change in terms of hosting not just refugees but people in the asylum process itself. This coincided with Scottish devolution, and the birth of the Scottish Parliament and Scottish Government.

Glasgow was the only local authority that agreed to take part in asylum dispersal at that point, and looking back over 15 years, this not only impacted on our work but it changed the diversity of Scotland. You only need to look at the census in 2011 to see the difference from 2001, and to see the positive impact of so many people from so many different parts of the world who came here through the asylum process and have settled, or who are still in the asylum process.

Ultimately our mission is to attain a world class asylum system, with people supported really effectively and those who stay here integrated into Scottish society. Scottish Refugee Council is in a unique situation compared to our colleagues in the Refugee Council in England in that we benefit – and I use the word benefit very strongly – from a positive culture when it comes to refugee issues. We have had parliaments and governments of all political hues and persuasions that have been supportive and focussed on the key issues.

That definitely featured in the referendum debate. Immigration, and asylum wrapped up in that, tend to be negatively viewed in England, fuelled by toxic media coverage and a general public sense of anxiety that various political parties are tapping into.

You do get a sense that, while Scotland isn’t by any means a perfect place, negative attitudes are less than in other parts of the UK. I do think that is partly because of the leadership shown by parliamentarians and government in terms of trying to counteract the prejudice and stereotypes that do exist. There is also a communitarian response, particularly in Glasgow, with over a decade of welcoming people in the asylum process. There is a real sense of commitment from people and communities across the city who want to support and integrate people and who stand up for what they see as injustices in the system, and an over-complicated asylum process.

Following on from what was an incredible year for Scotland anyway, reaching our 30th anniversary gives us a chance to build on some of the energy that people brought to debating the future of Scotland, whatever side of the argument they were on.

This year gives us the chance to reflect on 30 years of many fantastic achievements, but it also gives us the chance to ask: Where are we now? What needs to be done? How can we continue to push for a better, fairer, more humane approach to the system in an increasingly interconnected world, at a time when the situation for refugees in the world has never been more dire or critical?

The world can’t afford not to face up to dealing collectively with the humanitarian problems that come from displacement. Nowhere can afford to be an island.”

Scottish Refugee Council is planning a whole year of celebration, with a host of activities and events. Stay tuned on our website and on Twitter or Facebook for updates.

9 ways you can help

When faced with so many heart-breaking stories on our newsfeeds and tv screens, it’s easy…

The Borders Bill: what you need to know

Together With Refugees: Show Your Heart 🧡

You may have noticed that we’ve been sharing an orange heart on social media recently….